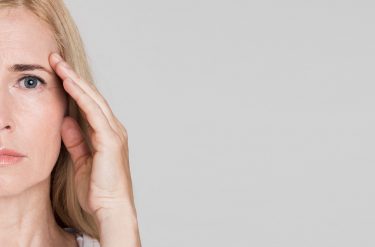 The past week has been a monumental week for Menopause awareness. Although the growing activist movement has been on the rise for sometime, over the past week, the #MakeMenopauseMatter change petition has over 133, 000 signatures signed, and that number is on the rise. It is also the week that Davina McCall’s Channel 4 documentary, Davina McCall: Sex, Myths and the Menopause aired. Menopausal women make up the fastest growing demographic in the workplace, while nine out of 10 say the menopause has adversely affected their work. Chief Operating Officer of the leading free menopause support app for women, balance-app.com, Gaele Lalahy talks us through how SMEs can make menopause matter, for good. By 2030, the world’s population of postmenopausal women will be approximately 1.2 billion, with another 47 million women reaching menopause each year; the equivalent of a country the size of Spain. The menopause does not simply mean hot sweats and absence of periods – 25% of women suffer with severe symptoms from the array of 37 physical and psychological menopausal symptoms due to low hormone levels. There are also serious long term health risks associated with living with a lack of hormones that affect all women, such as increased risk of heart disease, osteoporosis, and type 2 diabetes. Despite this shocking truth, 77% of women do not realise their symptoms are due to the menopause – and unfortunately many healthcare professionals don’t either. This lack of understanding often leads to devastating consequences on women’s lives, families and careers as they are left to struggle along without the right help. Coming from a global blue-chip company, I am particularly sensitive to the fact that 20% of menopausal women stop working, often at the peak of their careers, because of debilitating menopausal symptoms, and the fact that in the UK, a third of women do not receive a correct diagnosis for at least three years. The Global Gender Gap report, recently published by the World Economic Forum, highlights that stunted progress has been made in terms of the limited presence of women in senior roles, even in some of the most advanced economies. For instance, in the United States, women are in just 42% of senior and managerial positions; in the United Kingdom, 36.8%; in France, 34.6%; in Germany, 29%;  in Korea, 15.6%; and in Japan, 14.7%. Since I joined the balance team, I have been asking myself whether there is a correlation between these two findings and (among other factors) what impact untreated menopause has on gender disparity in senior roles across the globe? It is heart-breaking to read the stories every day in the app community from women who have to leave their jobs because they just cannot cope with their symptoms or find the treatment they need. This leads to devastating consequences, not only economically, but on their children and families too. As a menopause support company, we are often contacted by large corporates who are beginning to recognise the menopause as a key factor in loss of female talent. Some companies are now making genuine attempts to close the gender gap, especially in senior positions. We are working with them to ensure they have concrete and evidence-based solutions in place to support female talent during their perimenopausal and menopausal years. A very common but unknown consequence of the perimenopause and menopause is the impact on a woman’s emotional and mental health. Common symptoms such as low mood, low energy, brain fog and low self-confidence lead women to think they have lost their edge, lost a sense of self-worth and cannot cope anymore with high demanding jobs. It is a particularly troubling fact that women aged 50 – 54 have the highest suicide rate in the UK, and no coincidence that this is also the average age of the menopause. Dr Louise Newson, menopause specialist and founder of the balance menopause app comments: “In a recent survey of over 300 GPs, 1 out of 3 declared they did not feel confident to deal with the menopause and sadly 2 out of 3 women are prescribed antidepressants, which has no beneficial effect on menopausal symptoms. There really is a crisis out there; not only women aren’t diagnosed and offered the right treatment, but the ones who realise what they need and ask for treatment are denied it. I cannot think of any area of medicine where patients are let down to such a high degree.” Louise is already working to support other healthcare professionals with menopause education, but the demand for menopause support and treatment is so overwhelming that I think the fastest way to make change and improve lives is to lift the taboos, democratise the conversations and empower women themselves with unbiased, evidence-based information and knowledge so they can push for the right diagnosis and demand access to appropriate treatment. This is my mission. To fast track a diagnosis and get women their jobs & their lives back.

What Is An SME? SMEs Explained

How To Start A Candle Business