How to handle bullying in your office 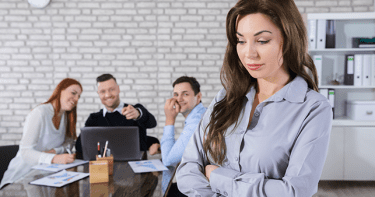 “It’s common for people in positions of high power to have narcissistic, sociopathic or psychopathic traits to create a mask that hides their underlying’shadow’ of insecurities, ” says one of the UK’s leading psychologists, Nick Davies.This may be the reason why so many people working in offices around the country today experience bullying that is arguably worse than anything ever experienced in the schoolyard. Testimonials fromtopCV have revealed the real issues employees face within the work environment. The ruthless characteristics that many CEOs possess are often the driving factors behind their success. However what about the people they hurt clawing their way up the corporate ladder? Unfortunately, according to a recent report carried out by YouGov, almost 29% of people are bullied at work, causing 36% of victims to quit their role, whilst 46% of victims said it ‘adversely’ affected their performance at work. So, if you can’t run and tell the teacher anymore how can grown adults cope with bullying in the workplace?

Never laugh or smile at behaviour you don’t find funny

It’s a natural reaction to often laugh off an insulting remark as its an instinctive reflex to water down an insulting comment, especially when you’re in work and expected to act in a professional manner. While this may be an easy way to mask how such a comment affected you what it subconsciously does, simply put is make this type of behaviour acceptable. ” Ilost some of my sight due to illness, and it took time for me to adjust to my new disability. Instead of being accommodating, my bosses seemed to deliberately give me tasks they knew I could not do. Did they think it was funny to watch me struggle? “- Julia* A more effective way to tackle abusive treatment at work is to stay calm and have avery light conversation with the person in question and use softer, less accusatory words like, Im confused about why you said this to me in that way”. Hopefully what this will do is allow them to know that you are sensitive to certain things and give them an opportunity to rectify their behaviour.

Keep an account of the way you’re being treated

Keep records of all situations that make you unhappyas if it leads to a disciplinary case later, youll be expected to have collated evidence to prove what has happened. When I was an intern, I was obliged to come to work on weekends and worked odd hours during the week I wasn’t even allowed to leave the office for a lunch break. They threatened they would not renew my contract if I didn’t.- Cian*? Although, if you choose to do this it’s recommended that you keep this information private. What Davies also suggestsis to”recognise if you are being too sensitive or are genuinely being treated differently to everyone else”.