The top 35 worst offending businesses for late payments in the UK include household names like E.ON and Thomas Cook.

Late payments are the scourge of the business community, especially for micro businesses that rely on steady income to keep them in the black. New research, however, reveals that only 4.7% of the businesses pay all their invoices within 30 days.

Companies with a 36 million annual turnover have an obligation to report to the government about their payment practices. According to research from invoicing specialists at?Business Expert, only 316 out of the 6, 613 businesses in the latest government report stick to 30-day payment terms. Additionally, 20%of the businesses in this list pay more than half of invoices days late.

The result UK SME’s are owed 44.6 billionin late invoice payments. Here we round up the 35 worst offending businesses for late payments and what to do if you’re owed payment from a key customer.

it’s all too easy to look at the report and think these large businesses don’t affect me. But this late culture is a problem for the whole of the UK. it’s estimated if SME’s were paid on time, the economy could be boosted by 2.5 billion.
I have young children who are going without things they need?

Self-published children’s author, Ellie Jackson, has sold over 7000 books in a year and has over 150 stockists in the U.K. Yet, she has had to take out a loan to pay for more books. I currently have thousands of pounds of outstanding invoices and this is having a huge impact on my ability to reinvest in my business, ” she says. Jackson adds that she has four young children who are going without things they need because of this systemic payments problem.
According to Business Expert, businesses are unable to operate in these conditions. This impacts real people who are struggling to keep a roof over their heads.

Nicola Simmons runs Single Variety Co, a small batch jam business based in’south West London. Her business makes single variety preserves that are sold across the UK in over 100 shops, from small independents to high-end food halls, (and online). “The main issues that late payment causes (is that)it’s a constant struggle to ensure there is enough money in the bank in order to pay our fixed costs, such as rent and staff. I am having to rely on my customers paying us on time to ensure the money is in the bank to pay out on time. I go without paying myself to make sure this is the case, ” she says. Late payments from customers also means Simmons can’t grow her business as fast as she’d like.

“I need money in the bank in order to make stock. If our payments are late then we cannot make as much stock as wed like or get discounts for buying in bigger volume.”

Because of this crippling problem, Simmons now asks all new customers to pay their first order upfront, which puts money in the bank. “With our larger customers we ask them to pay within 14 days rather than 30 days to help put the money in the bank sooner.” The late payment issue has helped her rejig her business model and she aims to grow Single Variety Co’s online sales where the company can get the money within a few days.

“The majority of our customers are very very helpful and want us to succeed, but surprisingly it is the medium-sized customers who are the worst at paying- small independents almost always pay on time, as do the big boys!”

“I have come very very close to refusing to supply one customer who always pays over a month late and I always have to chase, ” she explains. “Ultimately if they pay much later then they are not worth it for me… I lose out due to not having the money in the bank and the time wasted in chasing that I could be using to sell instead.”

View from a freelancer: Jenny Pace

“As a freelancer, I often manage late payments, and it’s a really tricky issue, ” says veteran freelancer and late payments wrangler Jenny Pace. When she started her business in 2014, she didn’t really experience late payment or non-payment, but in the last two years, it’s been a bigger problem. 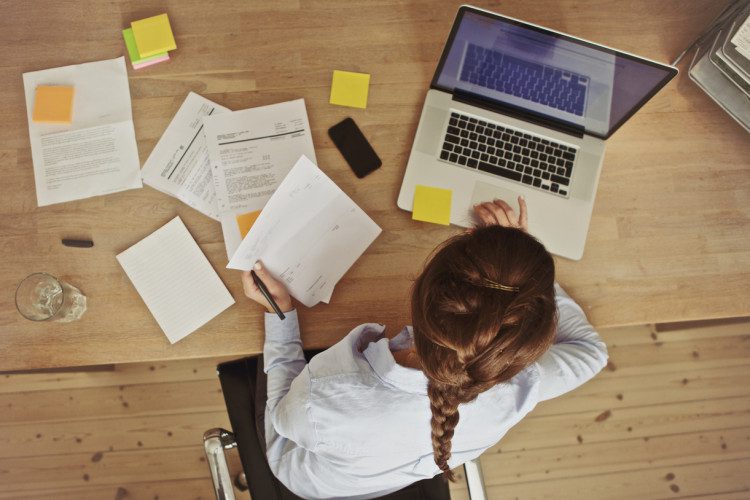