Year-end & cash flow
IR35 postponed until April 2021: What does this mean for you? 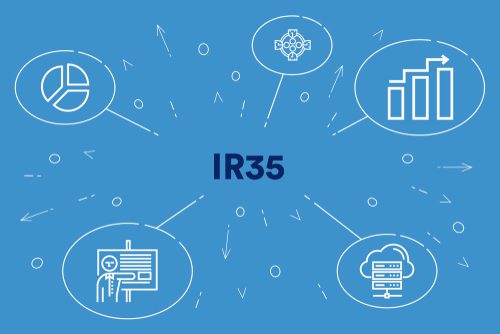 On Tuesday 17 March 2020, chief treasury secretary Steve Barclay announced that due to the pressures caused by the Coronavirus outbreak on the economy, the planned introduction of reform to the off-payroll working rules that would have applied for people contracting their services to large or medium-sized organisations outside the public sector will be delayed for one year from 6 April 2020 until 6 April 2021. While this measure was announced to help businesses and individuals deal with the economic impact of coronavirus (COVID-19), what does this mean for businesses and self-employed individuals preparing for IR35?

The legislation would have made organisations responsible for determining whether a contractor carrying out work for them should be treated as an employee for tax purposes.

The HR Dept, which provides outsourced HR advice and support for well over 6, 000 SMEs in the UK, had long been calling for a delay to the roll-out for all SMEs and has written to the Government to urge a re-think on the timing of the new legislation.

It believes that, prior to implementation of new off-payroll rules, there needs to be a fundamental review of employment statuses to provide clarity and simplicity.

Jill Bottomley, HR Director at The HR Dept, has been leading the company’s work on this issue. ‘small businesses will have much to think about over the coming months, as will the Government, of course, ” she said.

we have serious concerns over this whole area. The introduction ofiR35and the problems it poses for the private sector expose a whole raft of more fundamental issues over the employment statuses of our national workforce, the discrepancies between employment law and tax law, as well as the understanding among the business community of such changes.

The announcement to postpone the introduction of changes to theiR35legislation to the private sector was made by Steve Barclay, the Chief Secretary to the Treasury, on Tuesday night.

He said: This is a deferral and not a cancellation, and the Government remains committed to reintroducing this policy to ensure people working like employees but through their own limited company pay broadly the same amount of tax as those employed directly.

Barclay’s announcement came shortly after a Finance Bill Sub-Committee, heard in the House of Lords on Monday.

The HR Dept submitted evidence to the committee before the hearing and Ms Bottomley welcomed input from members which recommended a delay. The legislation is now expected to take effect on 6 April 2021, rather than 6 April 2020.

Changes to definitions of employment status

The Government should carry out a review of employment status, as it has committed to in the Good Work Plan, with an aim to align employment status across tax and employment rules. “This may result in changes in definition of employment status surely this must be defined first, before implementing off-payroll changes, otherwise there will be claims made against one set of rules in process, whilst the fundamental rules themselves may then change, ” said Bottomley.

in my view, it makes sense to stop the off-payroll process, address employment status definition and only then reviewiR35rules, should they still be required, and how they would be applied considering all parties involved.”

the priority should not be? what is best for the Treasury, but to understand the potential detrimental impact and cost of claims on SMEs, and indeed all the limited company contractors who may, subject to any changes in definition on employment status, be or not be a self-employed contractor.”

if, as we would hope, there is a fundamental review of employment status and tax and employment definitions are aligned, with the removal of worker status, it would not make sense to carry on regardless with new off-payroll changes, ” she said.

“We should define employment status first, with clarity on definitions, then consider any necessary tax changes afterwards.

According to Brian Palmer, tax policy expert at AAT, whilst this delay to the implementation of off-payroll working rules may help to reduce the impact on individuals whose businesses and careers have been adversely affected due to coronavirus, for many it simply comes too late. “We hope that there will still be a’soft landing’ period following the implementation in April 2021 and that the government will take this into account as part of the changes to implementation following a review as announced in the Budget last week, ” he says.

“This would provide much-needed reassurance to employers or contractors who have taken reasonable steps to comply but get something wrong, as well as those recovering from the effects of COVID-19, that HMRC will not be pursuing them with fines and penalties at what is likely to be a particularly difficult time.”

A reprieve for the self-employed

If theiR35rules were to come in, it wouldcost contractors thousands of pounds in additional tax payments; which would would force them to increase their rates to make ends meet. According to CV-Library CEO Lee Biggins, businesses across the UK are cutting down on spending in order to survive this turbulent time as it is. Unfortunately, that means many are terminating their contracts with freelancers.

“If the legislation were to come into effect now, it would drive many contractors out of work at a time when they need it most.”

“This reprieve should give freelancers the opportunity to recover from the difficulties caused by COVID-19 and prepare for the introduction of the legislation in 2021, ” he added. “This may be of little comfort to contractors, but it’s definitely a step in the right direction. It’s now up to the government to ensure that they put measures in place to protect the most financially vulnerable workers across the country.”
With daily updates from the government, there needs to be greater transparency from businesses and HMRC to ensure every skilled gig economy worker has a backup in place if they are unwell.
According to Chris Biggs fromaccountancy consultants Theta Financial Reporting, ‘small businesses need to take a measured approach at this time of great uncertainty. “Companies need to ensure that do not act rashly and protect their employed and contracted workforce to make surethat the professional services sector does not grind to a halt and we lose thousands of fantastic consultants over the course of the next quarter, ” he said.

Take this time to reassess business needs, legislation and rights

From the outsetiR35has been mired in controversy because there is a considerable lack of clarity in both the original legislation and HMRC’s guidelines. According todavid Greenhalgh, Partner – Employment, Joelson, even HMRC’s own Check Employment Status for Tax (CEST) tool is widely viewed as unfit for purpose and inaccurate, with businesses using the tool reporting they have received indications thatiR35would not apply when it clearly would have.

“The significant economic and social impact of the COVID-19 crisis has allowed the government to save face by u-turning on a legislative change that was ill-conceived and rushed through.”

“With this delay, businesses and individuals contracting through an intermediary must take time to familiarise themselves with exactly what is expected of them, wheniR35is eventually introduced to the private sector.”

IR35: Permanent placements up, contractors down

As the roll out of?IR35changes to the private sector draws closer, contract placements have dropped a sizeable 10.1% month-on-month, as employers shy away from contingent workers. That’s according to the latest monthly Recruitment Trends Snapshot report from the Association of Professional Staffing Companies (APSCo) in conjunction with growth analytics platform cube19. With certain banks such as HSBC?scrapping contingent workers altogether the drop is perhaps not unexpected.

Permanent placements have fared well as a result, with a 0.9% increase month-on-month and 10.2% rise from last year’s numbers.

The data also indicated a levelling out of recruitment demand in February after a huge seasonal uptick at the beginning of the year. Across permanent and contract jobs, openings fell 8.6% and 7.4% respectively between January and February 2020. However, permanent roles are up 9.3% year-on-year, and contract opportunities have increased 7.7%. This may, in spite of coronavirus-related economic uncertainty, indicate greater stability for 2020. Between January and February 2019, perm vacancies dropped a notable 17.1%, significantly more than the latest figures.

Along with growth in permanent placements, the data shows a huge uptick in recruitment sales revenue from permanent placements year-on-year, which increased 24.5% another possible indication of the impact of?IR35, with businesses reducing their reliance on contractors. we always expect to see a dip in placements and vacancies across the board between January and February as activity levels out following seasonal hiring peaks, “ann Swain, CEO of APSCo commented on the latest figures.”What’s incredibly encouraging is the year-on-year increases were seeing, which certainly indicate that economic positivity remains for now. the private sector roll out of?IR35has clearly already had an impact on contract placements, however, we hope that the government’s decision to take a softer approach to off-payroll rules will encourage more businesses to continue to tap into the valuable contingent workforce.

Not the time to cut back on contractors

Now is not the time to make flexible labour more expensive or the hiring of contingent labour more difficult, when the sector is facing unprecedented times, said Sam Hurley, operations director at APSCo, and co-chair of HMRC’siR35forum. “This delay may also have the added benefit of kick starting the hiring of remote workers who operate though a PSC from end clients who have so far, as a response to off-payroll legislation, put a blanket ban on contractors working through this model. As ever with these measures the devil will be in the detail, warned APSCo’s legal counsel Tania Bowers. “We have seen a massive increase in enquiries to our legal help desk from our members – in the space of a week we have had numerous enquiries about SSP and contractor rights on top of the usual high number of queries around the implementation of?IR35, ” she said. “While some of our larger members may well have the financial resilience to ride the storm, we have to remember that the majority of recruitment firms in the UK are SMEs. This is a sector that will be hit extremely hard given that hiring intentions in many industries are likely to be put on hold or reduced for the foreseeable future.
Are you a contractor or small business affected by COVID-19? Share your experience with us.