What can we expect from the Autumn Statement and what are small businesses hoping for?

As thechancellor’s Autumn Statement draws closer, what are small firms hoping to see brought about on 25 Novemberand which are the areas they hope George Osborne stays clear of? Despite traditionally being a less meaty version of the main Budget, offering fewer, less important announcements, the Autumn Statement is still one of the most important events on the annual calendar for the business community and anyone keeping an eye on fiscal policy. George Osborne reintroduced the term Autumn Statement in 2010, which hadn’t been used since 1992. Prior to that it took the form of the Pre-Budget Report and the Summer Statement. This year might be something of a bumper announcement though, with the first Spending Review since October 2010 to be unveiled on the same day, as the government sets out how it will spend public money over the course of the parliament. For the November 25 Autumn Statement, the most controversial topic will likely be tax credits as debate rageson as to whether Osborne will climb down from his previous position. The interference from the House of Lords threw an embarrassing spanner in the works for the chancellor, with the government’s plans to slash spending on tax credits by 4.4bn criticised by many for going too far too soon particularly before the new living wage came into force. Last year, a package to boost bank lending to small and medium-sized firms was announced, with the Treasury pledging 400m to extend government-backed VC funds investing in SMEs Enterprise Capital Funds. The funding for lending scheme to further bank lending to businesses was also extended for an extra year and would focus exclusively on smaller firms. Now 12 months on, what can’small businesses expectto see from the 2015 Autumn Statement and what are they hoping the chancellor stays clear of?

Tax experts have warned Entrepreneurs’ Relief may be a casualty as Osborne looks to make savings beyond the planned welfare cuts. Richard Murphy, a director at Tax Research UK, pointed to official analysis that found 1.8bn in tax relief was enjoyed by around 3, 000 individuals for the 2013-2014 period, who each sold their company stakes for more than 1m. As the Treasury looks to tighten its belt, Entrepreneurs? Relief could be on the chopping block, with the overall cost of the relief standing at 2.9bn last year 2bn more than originally predicted by HMRC. Back in the 2008-2009 period, it was 360m.

While Osborne’s proclamation that the beginning of his devolution revolution? with councils being given control of business rates, marked the biggest transfer of power to local government in living memory?, most businesses were underwhelmed. Questions remain as to whether certain areas in the UK will reap the rewards at the expense of others, potentially serving to widen the economic gap between the North and South. It has also done little to reassure small businesses, which have voiced concern about the upcoming Enterprise Bill, and failure to show transparency over how business rates are calculated. Many are concerned the legislation will just increase the administrative burden on small firms and actually obstruct them from seeking to appeal. The long-running frustration over this issue is something small businesses still want addressed and will hope for further clarification about in the Autumn Statement. Withretail relief set to end and the temporary doubling of small business rate reliefdrawing to a close inmarch 2016, this could also be a big problem for small firms and has been flagged as a concern for the Autumn Statement by the FSB. These changes, alongside adjusting for the National Living Wage and auto enrolment in pensions, would, it warned, considerably increase the cost burdens facing small firms. John Allan, national chairman of the FSB, said: The best way the Autumn Statement can help small firms raise wages is to help them grow, boost productivity and lower their business costs, through maintaining welcome measures such as small business rates relief and continuing not to raise fuel duties.

Mark Sismey-Durrant, CEO at Hampshire Trust Bank, has called on the chancellor to create a stable economy for the future in order to help small businesses grow and prosper. Their success is critical and predicated on an environment where they can look to the horizon and plan for growth, he said. He wantsosborne to focus his efforts on driving growth and provide some certainty for SMEs in these uncertain times. Ideally, this would involve clarity over both the future of business rates and fuel prices, as well as focusing on cutting red tape for small businesses, rather than adding to it. 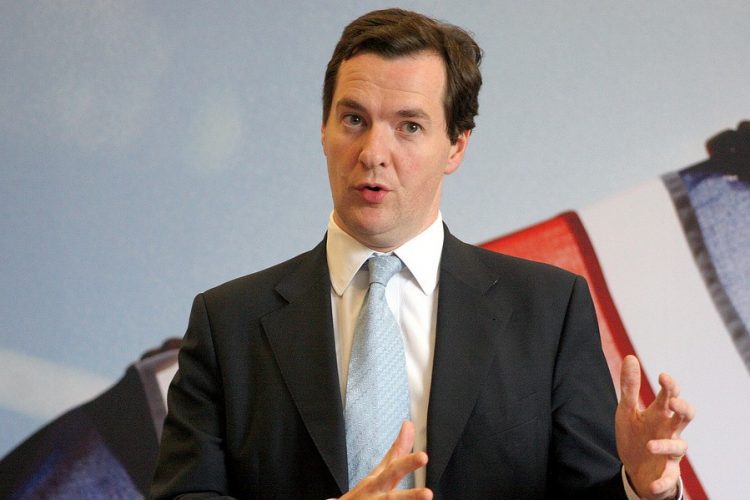 Tax professionals have warned the popular Entrepreneurs' Relief could be vulnerable in the chancellor's upcoming Autumn Statement, as George Osborne looks to make savings beyond the planned welfare cuts. more»