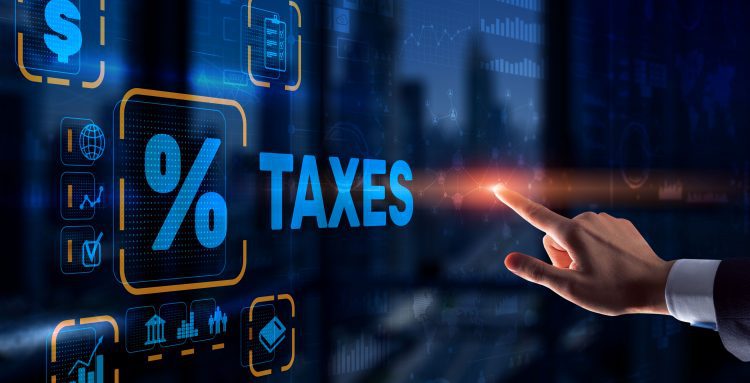 Most British taxpayers don’t realise that they must plan their finances appropriately even after their death! We do not mean via a clairvoyant but rather that you should be aware of the implications of leaving assets to beneficiaries that have not been strategically pre-planned.   Without this pre-planning, you will be handing over almost half of your assets to the taxman due to inheritance tax (IHT). Whether it’s strategic planning of investments, strategic planning of tax, or strategic planning of expenditure – all finance needs to be prudently dealt with. Your beneficiaries can avoid inheritance tax by following the law but using the loops, i.e. smart financial planning. HMRC is currently collecting 40 per cent duty (or £5.4 billion annually) on estates in excess of £325,000 – the standard exempt amount for every estate, with a predicted increased collection of £7bn by 2023.  The primary cause of rising collections is rising property prices (up to 300 per cent over the past decades). Generally, the home of our fellow middle-class citizens is the biggest wealth point. Due to this, unwittingly, they fall into the super-rich tax bracket, which is a skewed fact. Ironically the super-rich citizens have the majority of their wealth carefully planned, and, per pound of estate value, they pay a lower IHT.  Around 9 per cent of people over the age of 60 have a current wealth just over the tax-free threshold, which means 1.4 million people need to be doing IHT planning.

Let us look at an example of a middle-class citizen dealing with an IHT challenge that should only be targeting the super-rich. Citizen A was the only person that would be inheriting from their mother. They felt that sufficient tax had been applied to the money, e.g. it was taxed when it was earned originally, the interest on it is taxed, the parts of the investment that were sold were taxed again. Now, at the time of death, the money was going to be taxed again. A strategy was discussed with an experienced financial advisor, and a deed of variation (DOV) was nominated as the solution. A DOV allowed alterations to the will of Citizen A’s mother (only within two years of the mother’s death). The changes, of course, need to be proved to be aligned to the wishes of and be in the best interests of the deceased.  The DOV change allowed Citizen A to access money held within a trust, retain financial control, and appoint new beneficiaries, viz, children, and grandchildren.

What are the DOV rules?

The document must be: The timing of the preparation is usually 2-4 weeks (if all parties agree). If an affected beneficiary is a minor or does not have the capacity to agree, an application to the court will be needed, which will increase this timeframe.

An additional tool is utilised, viz. the family home allowance/main residence nil rate band.  Families can use this to exempt an additional £150,000 from taxation if the main home is willed to direct descendants.  The changes in the upcoming tax year will increase that figure to £175,000. Spouses and civil partners can combine their allowances. Unmarried, childless individuals only get the standard allowance benefit, not changed since 2009.   If the exempt amount above was correctly increased in line with inflation, it would currently be about £425,000!

Citizen B is an astute property investor with12 properties purchased over 40 years, and all are rented out. The first acquisition, over 40 years ago, cost £3,000. Today, the total property portfolio value is estimated to be £4m.  This portfolio was built from zero, with risky derelict terraced houses, at great personal risk and benefited the community with a regenerated suburb. Upon his death, HMRC will get £1m by taxing money that has been taxed many times already. Enter the Enterprise Investment Scheme (EIS), a venture capital project, and forestry investments.

To avoid the arguably unfair, IHT Citizen B has been moving the property investments to riskier investments that promote the growth of Britain’s fledgeling firms. These are, crucially, IHT exempt. This will benefit his beneficiaries: four grandchildren and three great-grandchildren,  The EIS promotes start-ups and innovative smaller companies and, to encourage investors, there are generous tax breaks, such as: Money is such funds will be exempt from taxation on death and will defer taxes on previous gains.  To date, Citizen B has moved £200,000 into EIS funds.

An additional £95,000 has also been placed by Citizen B into a forestry investment scheme managed by Gresham House. Suppose the investment is held for more than two years. In that case, it is 100pc exempt from IHT, income tax, and CGT as it qualifies for business property relief, as do investments in certain shares on the alternative investment market (Aim). Income is generated by felling forests for timber which is primarily purchased by the construction and packaging market.  Forestry investment schemes are growing in popularity. The Church Commissioners owns a forestry portfolio worth more than £250m (and helps finance the Church of England).

Whilst the £175,000 family home allowance tax break is a step in the right direction, it might be too little too late as property prices soar. Estates worth more than £2m will lose out by £1 for every £2 that they exceed the £2m threshold! Citizen C retired from his business at the age of 50 after selling his company that he had built from scratch for nearly 30 years. The business had grown to 80 staff, with vast wage, tax, and National Insurance bills over its lifetime.   His estate was over £2m, and he was looking at losing nearly half of it to death taxes. To ensure his two daughters benefitted from all his hard work, he systematically used the gift finance tool and insurance.

There is an annual cap of £3,000 for a gifting allowance whereby you give money to your family tax-free. Additionally, £1,000 can be given annually, 100 per cent exempt, per person for weddings or civil partnerships. Grandchildren can receive £2,500 tax-free towards weddings/civil partnerships, and your child can receive £5,000.  There is also a smaller gift exemption of £250. You can give tax-free gifts infinitely per tax year but not if you have used another gifting exemption on the same person.  You can ALSO make unlimited tax-free gifts if you can prove these are from surplus income – these are called ‘normal expenditure out of income exemption’.

With great foresight, Citizen C purchased an insurance policy three decades ago with the specific aim of reducing his estate and IHT liability. Brilliant finance planning there.   The monthly premium is an undisclosed amount, and it will pay out an assured lump sum of £100,000 when he and his wife have passed away. It will then be ring-fenced into a trust arrangement and will pass straight to the children without IHT deductions.  For all you young entrepreneurs reading this, start paying for the cover immediately; the premiums will be exponentially cheaper.

The future versus the current IHT

Some MPs are fighting for a major overhaul of the IHT taxes so that the economically vital middle class is not financially strangled. There are ongoing calls for the current system to be modernised. A 10 per cent IHT is being pushed by The All-Party Parliamentary Group on Inheritance Tax & Intergenerational Fairness and for the abolition of legal loopholes. The super-rich would then have to pay their fair share, and middle-class families would feel some relief. Loopholes are currently the only way for families to avoid losing decade’s worth of carefully saved funds. The original tax laws designed to capture, appropriately, funds from the super-rich are now suddenly hurting the middle class who carry the economy on their shoulders. If the tax exemption levels, or sliding scales, were being adjusted with the correct economic factors, then the rising house prices (over 300% increase) would have been properly accounted for.  It would appear that not even the rate of inflation factor is appropriately applied to the wealth adjustments since the origination of the IHT. The plight of parents, who have the majority of their personal wealth tied up in their property, is that they foresee it being decimated by taxes designed for the super-rich.

Many grandparents skip a generation and leave the family home to a grandchild or grandchildren, rather than their children, as the latter are usually already in the property market. However, with contemporary parents often leaving the arrival of offspring until their 30s and 40s, grandparents at 70 years of age now have infant grandchildren. A child under the age of 18 cannot own (or inherit) a property. Investment professionals advise putting the inheritance in a trust for the minors. The trust MUST be written into the will and age of access at, for example, 25 years and over. Younger than this is far too young an age to expect a person to behave responsibly.  Trustees, usually the parents, can decide who gets what and when. Some Grandparents, however, worry that their direct child will be tricked by an unscrupulous partner, who is wanting access to the inheritance, to the detriment of the beneficiaries, the grandchildren. A lawyer should be a trustee of the trust as well. It will be very difficult for the parent to use a DOV to redirect the funds away from the minors as all beneficiaries must sign a deed of variation, and minors under the age of 18 are not deemed competent to do so. However, the parents can sell the asset that is in the trust and reinvest in a portfolio of bonds and shares if they are trustees. They are not liable for any losses incurred from the performance of the bonds and shares. Any asset left in a discretionary trust might incur a potential IHT charge ten years intervals. This charge will be calculated on a sliding scale, up to 6% of the value of the trust in excess of whatever the starting point for IHT is at that time. In the instance that no money has been set aside to make this payment to HMRC, the asset, e.g. the house, might have to be sold to pay the tax bill. It is important to note that a trust is automatically formed if assets are left to children. The executors become trustees. An age-contingent fixed trust with a predetermined age of 25 to 30 is a highly recommended inheritance vehicle. The assets in trust can benefit the direct adult children by having the income from that asset willed to them and the physical asset passing to the grandchildren upon their parents’ death.  The assets in the trust will be treated as part of the adult child’s estate for IHT purposes and might be taxed.

From the above, it can be seen that to make the right decision, you should start planning your potential estate structure early on in your life, which is counter-intuitive for most young adults. Secondly, and more importantly, it is vital that you seek the advice of an investment specialist who has experience in estate planning. Take that advice and discuss it with an accountant and with a solicitor. Thereafter, choose one of these professionals to be a trustee.  If you wish to locate a lawyer who is a specialist in trust and estate planning at the Society of Trust and Estate Practitioners or Resolution (formerly the Solicitors Family Law Association). Plan well, and plan early is always the best financial advice.

How Does Employer Supported Volunteering Boost Your Business?