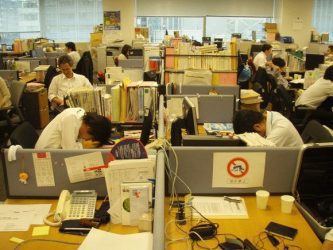 The bottomless beer taps and endless supplies of caffeine that shared spaces such as WeWork offer have set the barometer to how attractive we consider an office space to be. It’s led employees to be increasingly picky about their work environment. So disguising a kettle and store-branded rich-tea biscuits as a “perk” will no longer entice an office team. As employees standards rise, you might feel the pressure to buckle and fold and impulsively sign a lease for a trendy new shared-office space. But, before you rush in you must weight out the pros and cons, because all that glimmers in these modern spaces are certainly not always gold.

1. Are they worth the price?

The average office space in a WeWork building is £14, 400per month. For many employers, this is not a price they can justify paying, and can you blame them? So, perhaps its time to get savvy and invest just a fraction of that money into something else such as a paid lunch for your team or salary rises for your best performing staff.

Also what many businesses owners find is that it causes a lot of upheavals to root and replan an office. This can weigh down productivity and stall your team’s productivity especially if there’s a gap between moving out of the office, (and shutting down and transporting all that equipment) and entering the new. You may find there’s even half a day or more where staff don’t have access to their desktops to actually do any work due to the move. What’s more, many of these’shared-space’ companies use a plethora of gimmicky props to make the space look enticing, however, in reality, they serve a questionable purpose. For example, Adam Neumann’s WeWork has been rocked by a scandal that broke regarding his state of the art phone booths which have now allegedly been closed down due to releasing high levels of? (cancer-causing), Formaldehyde.

3. There can be a lot of distraction

In shared spaces, when it comes to finding a place to work, it’s often a case ‘of every man for himself’, as people operate on first-come, first-serve basis. In fact, the average time spent by hot deskers looking for a desk is 18 minutes. In a UK wide research conducted by?HotDeskPlus, a workplace management app, 46% of respondents admitted that unstructured hot-desking is bad for their productivity, with an estimated average decrease in productivity levels of 31%. So your employees may be too busy fighting off other candidates for the desk with the best window view as opposed to trying to compile their reports. What’s worse, a poorly structured “free-range” workspace can see a loss of up to two weeks of productivity a year, due to the small but time-consuming tasks such as a setting up a laptop or sorting out a hot drink. “Some office sharers, have been overly loud on the phone is there anything worse than a stressed-out recruiter with a Bluetooth headset?” – Olivia, a shared space inhabitant.

4. There can be a lack of team bonding

The shared space can see a melting pot of all careers all merged together under the one roof. And this can be quite a sweet scene – both a random recruiter and a digital journalist huddled together at the one desk. But when they are employed for different companies and working towards separate and unrelated goals, the reality of them teetering off for Friday drinks at the end of the week is unlikely.