22-year-old entrepreneur Luke Massie wants to put the power back in the people’s hands when it comes to ticket resale sites. He toldbusiness Advice how he hopes to do that. The minefield of navigating the world of online resale sites is well-known, with frustrated fans often faced with sky-high prices for tickets for their favourite band, far above face value. Massie had seen it happen one too many times, and wanted a more ethical solution. A past experience when he needed to resell tickets after friends couldnt make a gig, meant Massie looked online to find somewhere to sell them on at face value to real fans who perhaps missed out when the tickets were released. He couldnt really find much in the way of free options at the time, so after poppingthem on Twitter and selling them to a fan there, he decided to create Vibe Tickets to fill the gap with the app that launched at the beginning of October. Its primary function is to serve as a ‘social and ethical solution? for people who want to buy or sell tickets to live events in the UK. Tickets can only be sold at face value, which means sellers receive the money originally spent and buyers don’t feel ripped off. It also though, has a secondary function, which Massie hopes will differentiate it from the raft of other ticket resell sites now out there. Users can choose to meet each other before or during events to start building a Vibe Tickets community of attendees taking part offers the option to make new friends with similar interests as well as getting to see their favourite act or event. all you need is a smart phone and passion for live events it’s that easy, Massie said. The current business model means the power is in the people’s hands, though Massie said the team will be looking to develop this. He’s currently adamant however, that they won’t be charging for the service well soon be announcing a new exciting development in the business’s journey to drive revenue but the app will always be free. Massie may be young, but Vibe Tickets isnt his first business venture. At 17, he started a call centre company, focusing on mortgage claims. I just spotted a gap in the market and acted upon it, he said simply. Not a year later he was approached to sell the company and did so at a profit. While hed never previously had great ambitions of becoming an entrepreneur, the call centre’s success led to him launching a new business, a student website for users to find cheap accommodation and other necessities. Despite beingdoing welllocally in Preston, he ran into trouble when trying to find capital to expand the business. He said the financial burden, coupled with the inability to scale resulted in me stopping the project. It was difficult to take, but marked a massive learning curve? for Massie ahead of Vibe Tickets. 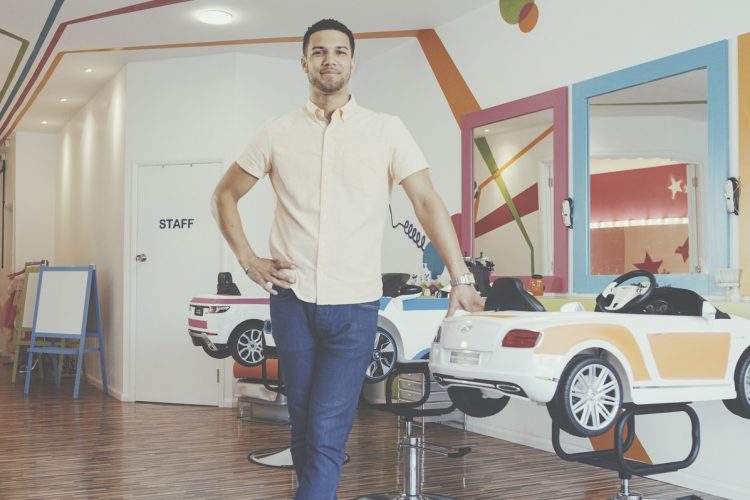