For two years, husband and wife team Rupesh and Alexandra Thomas slaved away in their Wimbledon kitchen, blending spices, different chais and ingredients to create perfect, ready-to-drink Indian street tea. A staple in his family throughout his childhood, Rupesh introduced Alexandra to his mother’s authentic, home-brewed chaI after the couple met as students in London in 2002, and Paris-born Alexandra became hooked straight away. She said: I loved the fusion of sweet hot tea and warm spices. I became a little obsessed with the traditional chaiwallahs of India, and the amazing tastes of traditional Indian street tea, which changes from region to region, town to town and even from family to family. Now aged 39 and 37 respectively, the duo have invested more than 100, 000 of savings, accumulated over ten years, into their small business Tuk Tuk Chai, and they’re beginning to be rewarded for their efforts. This year has already seen British department store Harvey Nichols launch Tuk Tuk Chai’s three-tea range in five of its flagship UK stores, and the founders are currently working with sellers in the Middle East to begin exporting. Business Advice caught up with Rupesh and Alexandra to hear about their plans for the future. (1) Who are you and what’s your business?? We are Tuk Tuk Chai, the first and only ready-to-drink chai, or Indian street tea, available on UK supermarket shelves. We deliver the most authentic bottle of chaI this side of Delhi!

(2) How long have you been around for? We launched at the International Food and Drinks Exhibition (IFE) in March 2017, after over two years of countless batches and trials to perfect our chai. (3) How do you make money??

We make money exclusively from the sales of Tuk Tuk Chai, our Indian street tea. (4) What makes you different and why should people take notice??

ChaI has become very popular over the last few years, so many brands and coffee shops have jumped on the bandwagon trying to emulate chaI or what they have called chaI latte. Until Tuk Tuk ChaI was launched, chaI came in the form of tea bags, overly sweet powders, extracts or syrups. None tasted like a traditional cup of Indian
street tea. Indeed, a real cup of chaI has to be brewed. Tuk Tuk ChaI follows the traditional recipes and brewing techniques used in India to brew chai. (5) What was key in terms of getting started?? It took us over teo years to create a cup of chaI that was 100 per cent authentic and tasted exactly like the chaI made by the chaiwallahs in India. We did not
launch until we achieved absolute perfection. Another key element was the branding. Working with individuals and our branding agency Bloom, that shared the same vision and passion, was key to us. (6) What’s your biggest achievement to date?? The IFE was a huge success for Tuk Tuk Chai, with people queuing to try our chai, and interest from all over the world. We created a real buzz that got people talking about Tuk Tuk Chai. This led into us launching at Harvey Nichols a month later and exporting to UAE and Kuwait after only two months. (7) What setbacks have you had along the way?? Producing the perfect cup of chaI to large scales was a huge challenge. (8) In five years? time, I will be?? 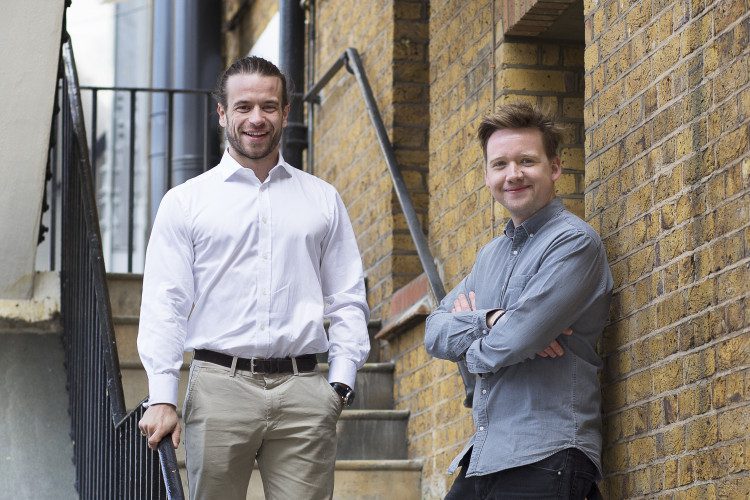 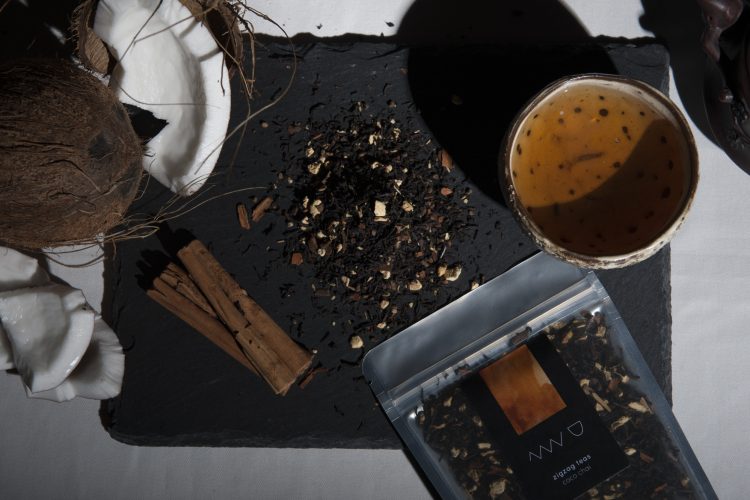 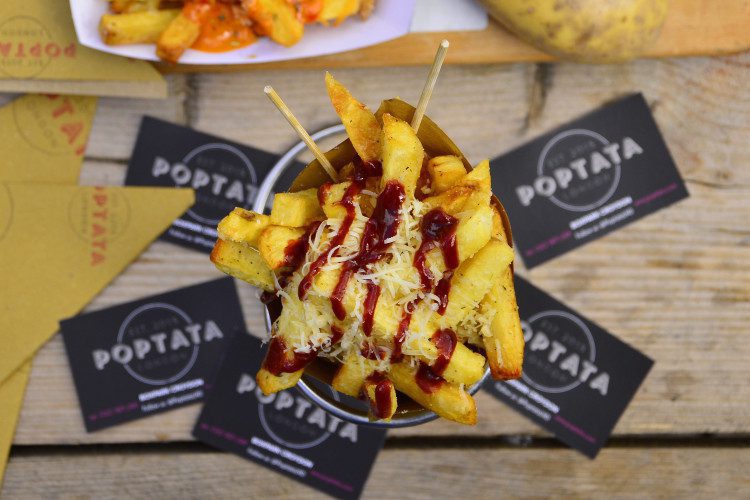 Poptata is bringing a cheesy chip revolution to Boxpark Shoreditch