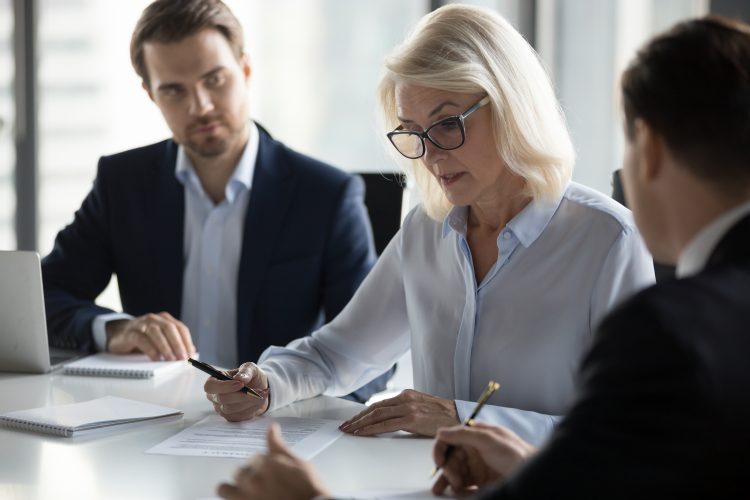 You are an entrepreneurial business person with business opportunities blooming around you. As an SME business owner, however, you find yourself having to be a Jack Of All Trades from marketing to H.R. to operations manager one day and a super-specialist on other days.  Such as a legal guru sometimes. It helps to have specialists on board, especially when your business is on the threshold of a valuable new venture! Forging a new business relationship is the stage when you do need to fully grasp every aspect of the business. One of the trickiest areas is Legal, albeit not as frequently addressed as the H.R. area. You need to know what you are or are not signing. One document you might come across is Heads Of Terms. When supposedly legal terms are thrown into a conversation, it might make you nervous. Don’t assume every document is a legally binding document. Documenting and clarifying things in a written form can be a very illuminating, creative and conflict-avoiding tool. So don’t shy away from it the minute you hear Heads Of Terms. It is actually a very useful document, and you will retrospectively see the full weight of its value.

This type of document has many, many names, such as: Heads of Terms Heads of Agreement Letters of Intent / LOI Term sheets Memorandum of understanding / MOU Letters of understanding Heads of agreement Heads of terms agreement Letters of interest These documents serve the same purpose, namely, a preliminary agreement or an agreement set up PRIOR to a contractual, legally binding document. Two businesses or two parties will sometimes put together a letter of terms (or similar) that describes an arrangement that wishes to be attained in the future. The agreed terms of their  desired transaction is written up before plunging straight into a formal, legally binding, expensive and time-consuming formal document. This can be a very useful step in the whole process. In fact, it can be viewed as a very necessary tool as it gets any trivial fluff shaved away. The two parties will, via this process,   agree to the key terms of their desired transaction before any party takes any other legal steps which may be affected by this upcoming arrangement. On a human level, it also fleshes out whether the two parties are indeed on the same page, literally and figuratively. This document sets out the agreed high-level terms and highlights which steps need to be taken by which party to ensure the terms become legally binding in the future formal document. It is a good way of taking visionaries and creative thinkers through a serious set of steps, putting reality into writing and providing a tangible taste of the serious intention to be bound together. At this early stage, it may create the perfect opportunity to tap out or to continue. When the parties have reached an agreement on how to proceed on all essential terms of the future contract, the lawyers will use terms which are supplementary and may request clarification in order to “fill the gaps” to benefit the correctness of the final formal document. It is a highly recommended process to go through and is very beneficial for clarity of thought, clarity of strategy, revealing unthought-of hiccups or business culture clashes.

What is the purpose of a Heads of Terms?

This document is used when you wish to establish a commercial agreement with another company. It is important to note that its purpose is not to create a legally binding arrangement. It is an interim document that gives a good indication of what the final contract will contain. Think of it as the engagement before the marriage. A formal contracting document process is started after establishing the Heads of Terms. The Heads of Terms document is simply a capturing of each businesses intent in writing without being legally binding. It is expected that a legally binding contract will follow the Heads of Terms. A Heads Of Terms in a letter form can be called a Letter of Intent.  It’s the content that is of importance in the eyes of the law, NOT the format or layout. You could use a Heads of Agreement as you work towards a joint venture, an employee dispute settlement, a contractual dispute resolution, a sale of or usage rights of I.P., mergers and so forth. It shows you are serious about next steps yet if something blows up negotiations unexpectedly then there is no legal binding contract. Just like an engagement, this document will get you focusing on the important parts of the upcoming deal. It can be a tool to reveal discussion gaps like limitations of liability or indemnities. Its creation definitely makes it poor form to pull out of the final contract as its pre-agreement has been established. It is an excellent guide document for the lawyers to work off or for late joiners to negotiations. Faster contract write-ups means fewer lawyer fees.

The Heads Of Terms should contain a short, succinct and structured summary of the fundamental terms of the contract. It should not be a rambling tome of legalese, and the intention is NOT to include every last detail. Of course, a complex final agreement will have a relatively detailed Heads Of Terms. As the document is not intended as a legally binding document, there is no need to include a formal signatures section nor initialling on each page. Some businesses do try to make parts legally binding. However, then you will need signature sections. This is not advisable. This agreement, in principle, collates and summarises the understandings of all parties. Having things in writing is less informal than a conversation or a meeting. It can contain a list of preconditions required to facilitate a legal agreement, the understanding of the final terms, detail the finalisation process as well as the timetable. The agreements include the parties that will be in the final contract and might include a total price, a pricing or cost structure and/or reimbursement identification. The Heads Of Terms can incorporate a term sheet which some may draw up in a schedule-type format. It should be as extensive as necessary, setting out a comprehensive list of the agreed terms of the overall transaction. It is very beneficial if as many as possible key terms are included that are commonly included in similar transactions of the relevant type. This is especially beneficial if the agreement is traversing industries. Remember this document is supposed to help “crystallise” the agreement that has been reached by the parties.  Its ultimate goal, of course, is to avoid any “claw-back” when the formal (expensive) document arrives on the boardroom table. It should state an intention to establish a binding obligation for the two (or more) parties to try, to the best of their abilities. And it should show an intention to agree to the formal legally binding documents on the basis of the agreed terms without causing expensive legal revisions. It is advisable to include a mechanism to activate or a set of steps to take if the legally binding document cannot be agreed upon. One mechanism that can be used is called a ‘drop dead date’. Should this date be reached before any agreement is settled upon, following the discovery of a dispute of the contents of the formal, legally binding document, then either party can terminate the heads of agreement. This means the party can walk away if both (or all) parties have not been able to resolve the disputes and finalise the final draft of the legally binding full documentation by that date. This ‘drop dead date’ mechanism could have terms attached to it, such as whether a party should be compensated for costs incurred. These costs could relate as far back as the establishment of the Heads of Agreement and include the formally binding legal document process. You might consider a clause that clarifies whether or not the document is binding. If the parties should have agreed that some parts are binding then it must be extremely clear which provisions are binding. Binding obligations could refer to confidentiality, exclusivity, intellectual property or restraint of trade. It is highly dependent on the circumstances of the arrangement. Within your Heads Of Terms, you could set out a Process Agreement. This all builds towards the establishing, in writing, of the joint sentiment to finalise a transaction. It’s the sentiment, not the binding of parties to perform the transaction. The only binding a Heads Of Terms does is of the parties confirming their reasonable attempts to formalise a legally binding relationship and perhaps confidentiality and exclusivity obligations.