Not happy with what she believes is a flagrant infringement of her brand?s intellectual property, Emma Mann is taking on global fashion brand Versace in a legal battle. It all started when Emma Mann walked past a Versace store in 2016 and noticed a striking similarity between the graphics splattered across its clothing and accessories and the branding she?d created for her own small business ? No Fixed Abode. Despite cutting her business teeth in the corporate world, Mann was not about to take this lying down and so started legal proceedings which are garnering increased attention and shining a light on small business bullying by global corporations. Mann?s journey up until this point has not been a smooth one. After 20 years in the advertising industry, where she worked as a creative director for global campaigns involving the likes of Smirnoff, Vodafone and Apple, adversity while pregnant left her both homeless and penniless. ?I wanted to turn my experience into a positive,? she told Business Advice. ?No Fixed Abode is a symbol of overcoming adversity and showing inner strength. This ?inner strength? is what got Mann from standing outside the window of a Versace store to filing a lawsuit. ?I went and did research on in the internet and uncovered 220-odd items with my brand across them,? she explained. ?Further investigation found they had been copying my collection for years. I did a geometric collection and then so did Versace. Copying and using my brand and trying to pass if off as their own is going too far.? The brand in question is No Fixed Abode?s use of a lion head with a door knocker held between its teeth. Mann began by talking with IP lawyers and industry specialists, who convinced her she had a case. ?I have filed a lawsuit because Versace are not addressing the infringement despite myself having personally written to them ? which they ignored,? she added. ?They stalled for nine months on another occasion. I want justice and them to stop trying to pass of my brans as its own.? Read about some other cases Mann is firm in her belief that a small business like hers can actually win against a business the size of Versace. It?s taken a lot of work, time and money to get to where she is now, but it?s ?totally worth it? to serve as an advocate for justice, she said. ?I want Versace to stop selling products with my brand on them, publicly admit what they have been doing and pay me my licensing fee that is well overdue,? she declared. Rather than taking this route, Versace are currently ?annoyed? at Mann talking in the press and have warned the entrepreneur that the business will try to get her trademark removed from the European register if she persists with her legal campaign. Her story is sadly not in isolation. Already in 2018 a street artist has claimed copyright infringement against H&M and Mann has been approached “countless times” by independent designers facing similar issues. In December, Versace came under fire for reportedly copying prints visual artist?Kesshia “Kesh” Kumari had designed for American Apparel. “It?s time we do something to protect artists? rights around the world,” Mann urged. So what about some advice and wise words for fellow small business owners? ?Take action, as this will only stop if you speak up. We can all make a difference and our voices can be heard. ?I call for other people to speak up. Get sharing on social media, talk to the press and contact an intellectual property rights lawyer.? 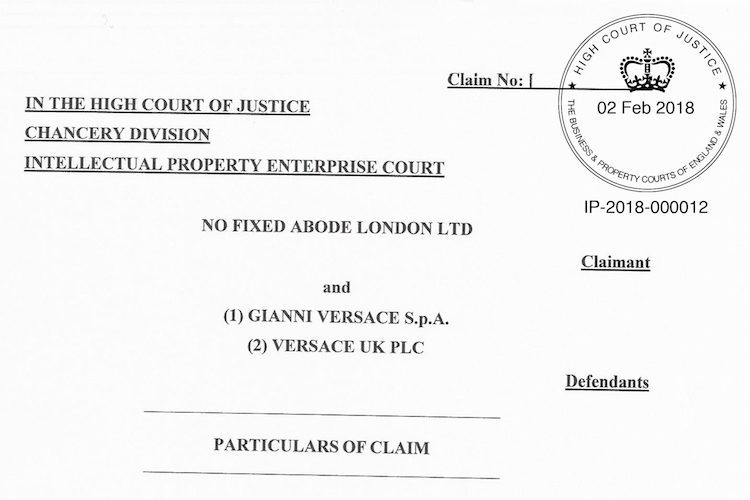 What are the most successful small businesses?