What Is The Working Time Directive And How Does It Impact Your Business? 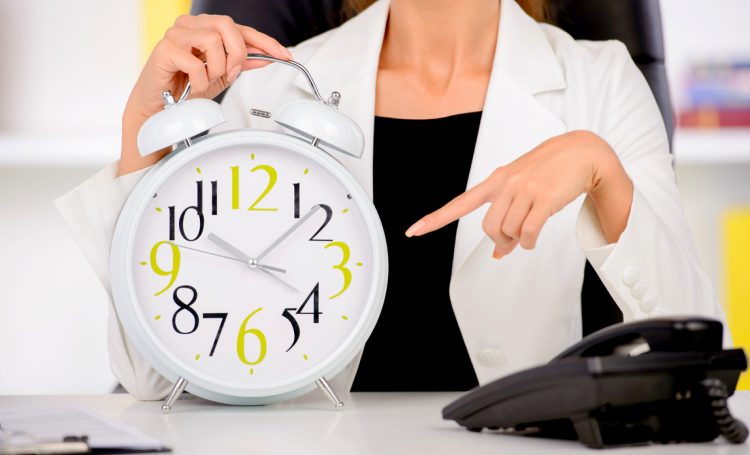 The Working Time Directive, otherwise known as the WTD is a 1993 legislation that was ushered in by the European Union. It intended to protect individuals from being forced to work too many hours as this habit, or requirement, was purportedly causing negative impacts on the health and safety of employees. In 1998, the United Kingdom took on this legislation under the regulation title Working Time Regulations, a.k.a. WT. This empowered all United Kingdom employees to legally limit their hours of work as well as have more structured rest times. It also impacted their quantity of annual leave. What has the impact been on the economy, industry and employees?

The working time directive and its impact on employers

This new directive placed full responsibility on the employer to roll out the changes within your business, and it put a greater emphasis on your need to protect the health of safety of your employees. Whilst the WT was intended to increase or establish the level of workplace health and safety for employees, the United Kingdom already showed an impressive health and safety record. In fact, it had, arguably, the top related records in the European Union. From this excellent starting point, the United Kingdom health and safety records have continued to show ongoing advancements following the publishing of the Working Time Directive. Whether this is a direct result of the new directive is hard to say, and one could argue that it would have occurred regardless of the new legislation. An outcome that does seem to be attributable to the new WT legislation is the increase in annual leave allocations. It would appear from records that the majority of employees have been allocated a “healthy” increase in annual leave days. In fact, the allocation surpasses the requirements of the entitlement required by the legislation.

The impact on annual leave

Leave allocations are covered in Article 7 (WT) and set forth twenty-eight days of paid leave per annum for every employee. In addition, the minimum level was set at four weeks, namely twenty days. There was an impact on labour costs following the implementation of the minimum leave level being raised. In 1998, 6% of the workforce was reportedly receiving less than three weeks of annual leave, viz twelve days. This amount excluded the statutory eight days granted as public holidays. This percentage dropped to 3% by 2001 but has not adjusted since then. In the United Kingdom, employees have thus received better annual leave allocations since 1998, and these allocations are generously above the minimum legislated levels. The 2007 amendment of the WT increased the allocated annual level quantity to twenty-eight days of annual leave. Worker surveys report back that the legal minimum leave level is surpassed in over 65% of full-time workers’ contracts. On the other end of the scale, an adjustment to the domestic regulations, since the publishing of the WT, has introduced a minimum annual leave level. The minimum entitlement also surpasses the needs of the WT requirements.

The working time directive and its impact on employees

Studies have been conducted by independent bodies and government departments, and mostly it has been concluded that it is quite complex to assess the impact of the launch of the WT and the United Kingdom’s health and safety in the workplace. It was observed that in the last twenty fours years, a reduction in overly long working hours has occurred. There is a general market movement towards fewer working hours, and one could assume that the WT limited of a working week to forty-eight hours was the catalyst for this, or expedited it. Interestingly, there was a voluntary opt-out option for employees to use, and it has been used extensively. In addition to a general reduction in working hours, there has also been a development in the diversity of working hour arrangements. Some employers call this flexibility flexi-hours, while others call it staggered shifts. One impact noted on employees was the number of employees hired. Government collated data implies that, due to the introduction of the WT, a 1% increase in employed persons occurred. More employees were utilised to cover the reduced working week, thus the number of total hours worked did not reduce.

Where were long working hours occurring?

Blue-collar occupations, with skill requirements being medium and lower, tended to not suffer from consistent long hour working weeks. Occupations that attracted higher incomes or required a higher skillset or more specialised skillset tended to display regular use of extra-long hour working weeks. When drilling down into this data, it was revealed that within those occupations that did tend to work longer-hour working weeks, it was more common for a male to work the longer hours. The frequency of this occurrence was amplified if the person was in an executive position, e.g. M-suite, C-Suite. The particular industry the person was positioned in also heavily impacted the hours they tended to work. Having stated all of the above, research findings imply that whilst long-hour working weeks occurred more than once, it was for short to medium term lengths of time. Approximately 50% of the employees who had chosen to work more than the legislated forty-eight hours would continue this pattern for approximately ten months. Another group of about 30% continued the pattern for about a quarter of a year or less. This breaking up of the long hour weeks with shorter hour weeks could imply that the employees involved used an “opt-out” option. It is difficult to deduce whether the longer hours were due to expectations from higher management for the furtherment of careers or personal choice. One might argue that, due to the decision to work longer hours, the individuals became self-selecting for career furtherment.

The impact of the opt-out option

The inclusion of the opt-out option within the United Kingdom was a key factor in the successful adoption of the new legislation. The option was highlighted of key importance for the economy of the United Kingdom as well as the personal rights of the individual citizens. Specific research was conducted around this option, and the findings submitted to the government caution that the removal of such an option would be detrimental to the businesses and economy of the United Kingdom. In addition, it interestingly also cautioned that the removal of this option would indeed be detrimental to the welfare of the employees whom the act was attempting to protect. The data behind the findings revealed that a surprising number of employees who were recorded as practising long-hour working weeks, i.e. greater than forty-eight hours, had a negative reaction to being asked to reduce the number of working hours. The driver behind this reaction was financially based as the reduction in hours came with a reduction in monthly salaries.

Concerns around the working time directive

Whilst the intention of the working time directive was the improvement of working conditions for the employees of the United Kingdom (and the European Union), there were concerns raised by the business owners and C-suites of companies. The concerns related primarily to court rulings in connection with holiday payout and “non-guaranteed overtime” as well as commissions pertaining to sales transactions. In addition, concerns were raised about the exposing of companies to court definitions of “on-call time” as well as court rulings and the impact of compensatory rest. The third area of concern was the balancing and interplay of leave due to illness, annual holiday leave, paternity leave, compassionate leave, etc.

The impact of working time trends

Since the formal adoption of the forty-eight-hour working week in the United Kingdom, and in other comparable countries, there has been a growing propensity, albeit slow, for employers and employees to adopt the model of a shorter hour working week. The drivers behind this can only be partially attributed to humanitarian or health and safety considerations. Industry leaders believe that productivity has been a considerable contributor to this market shift. Technology and business re-engineering are believed to have sufficiently reduced employees’ workload to facilitate the opt-out option. It is commendable to note that the employers have not targeted that freed up capacity with additional new tasks. The adoption of the shorter hour work week has also been gaining popularity in countries within which such requirement has not been legislated. Therefore, technology and business re-engineering are believed to be the contributor towards this as well as a desire to retain a superior quality human resource for the sustainability of a company’s global trading ability.

There has been a steady decline in the number of employees practising long-hour working weeks. When measuring from 1997 up until 2013, the data shows that there has been a reduction of over 15% in workers who recorded working weeks that exceeded forty-eight hours. This is a general alignment with the global trend amongst developed countries; however, the formal adoption of the WT legislation has had a measurable effect in some industries on avoiding long-hour working weeks. The United Kingdom’s transport sector did not follow the global trend that started emerging in 1993. A change was only observed when the trickle-down of the main legislation reached the transport sector legislation some years later.