Payroll
All of your employees are now eligible for a payslip. Here’s what you need to know 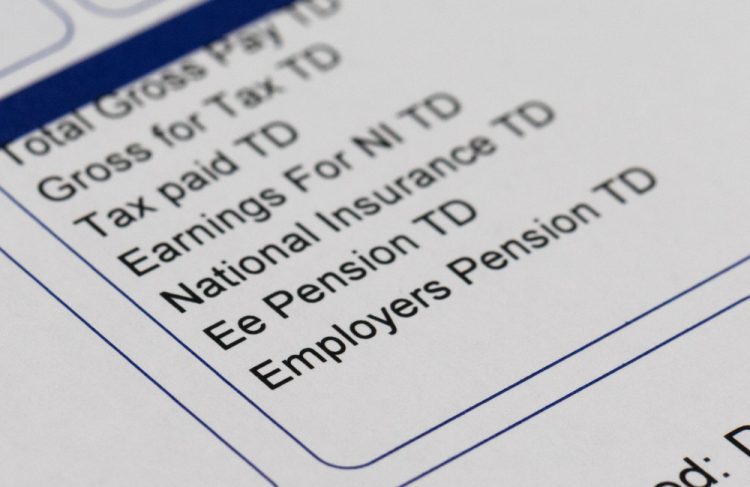 A new government poll reveals misunderstandings and confusion regarding pay and payslips. Here’s what you need to know to promote a fair workplace or risk a hefty fine. The Department for Business, Energy and Industrial Strategy (BEIS) is encouraging all workers to check their payslips, based on a survey of 2001 workers aged between 16 and 64 in March this year. The results revealed that almost one in five workers under 24 and one in ten workers between 25 and 34 do not receive a payslip.

Misconceptions around payslips and what workers are owed abound.32% of young workers between 16 and 24 wrongly believe that only people in permanent roles are entitled to the National Minimum Wage (NMW), compared to 14% of those over 55.

This news comes a week after the National Living Wage (NLW) rose to 8.21 and younger workers saw above inflation increases to the National Minimum Wage rates. Today also marks the start of new legislation, entitling all workers to a payslip and closing a loophole to ensure the small number not previously eligible now are. The BEIS poll explored awareness of the NMW rates and understanding around a payslip. It also examined confidence levels of workers querying their pay.

Although nearly all workers who received and checked their payslip understood at least some of it, only 62% understood all of it.

it’s really important that people are engaged with their money and understand their wages, so they can make informed financial decisions. The changes in April 2019 to the National Living Wage and National Minimum Wage are a positive step towards this, “andrew Johnson, Advice Manager at the Money and Pensions Service said. “New legislation requires all employers to provide an itemised pay slip, and where your pay varies, the hours you have worked. This will make it easier to check your hourly rate and make sure you’re being paid the correct minimum wage for your age.” it’s still important to check your pay slip regularly, and if you don’t understand it or think there might be a mistake, speak to someone in the payroll section of your company, ” he added. You can also visit the Money Advice Service website which has a guide to help you understand your payslip.

Employers can also take steps to make sure that staff are aware of what their payslip actually means.

The National Living and Minimum Wage campaign supports the Government’s Industrial Strategy commitment for better workplaces in the UK where workers are clear and informed about their rights and employers understand the benefits of a refreshed, happy and productive workforce. It supports the Prime Minister’s priority of creating a fairer society, which in turn supports the aim of a stronger economy and a labour market that works for everyone.

From 1 April the NLW and NMW rates are increasing. Workers are being encouraged to check their pay to make sure they are getting the right amount. Find out more at www.gov.uk/checkyourpay and see the table below. 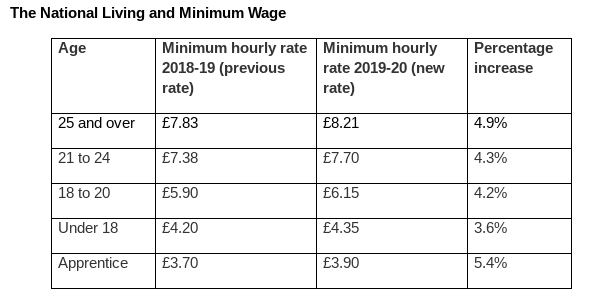 The rates increase on 1 April 2019 and are expected to benefit approximately 2.1 million people. For full-time workers earning NLW, this will increase their wages by 690 per year.