How to spot and support an employee with mental health issues 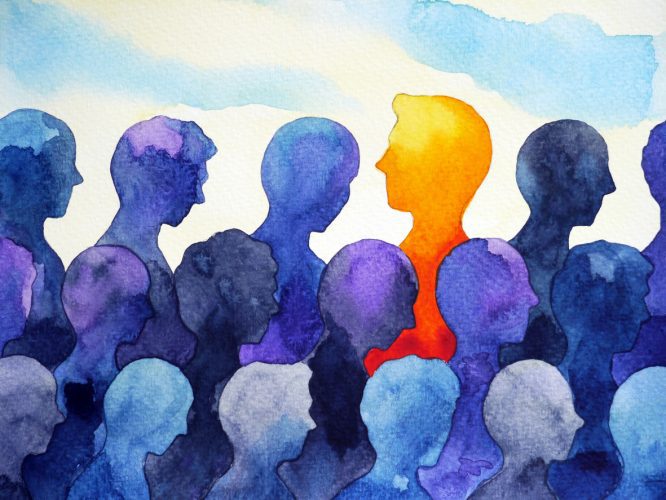 Mental health is an extremely personal thing. More often than not, it’s something most people like to keep to themselves if they are suffering. This is especially true in the more formal world of work where an employee is even less likely to want to be open about it.

For one, there’s the fear that they could be seen as less ‘resilient’ than other colleagues, and less able to handle work stress or challenging situations. Then there’s also unfair stigmas about opening up about mental health generally.

The pressures of guarding a mental health secret

The guarding of their struggles only increases a sense of stress and unease, and before long things might get too much, leading to prolonged and unexplained absences from work or even leaving the post altogether.

Although the suffering employee forms part of a wider team, the ultimate goal is to reintegrate the person back in when they are feeling better, and with the right support.

Employers can and should want to prevent this from happening in the first place. The way they can do this is to create an open and tolerate culture towards mental health in the workplace by being clued up on how to spot if an employee is suffering, so they can be ready to support them.

1. How to spot someone that’s suffering

If you’re concerned about the mental health of an employee, pay close, yet subtle attention to how they’re behaving at work. We’re not talking about whether they’re being too coarse, or playing the joker, it’s more about assessing their emotions, are they becoming easily stressed, hyper and nervous ? or overly emotional?

Or are they having memory lapses or appearing disoriented and confused? ? This is a serious and important indicator of someone who’s either experiencing psychological trauma or intense stress.

Crying in the office is also a big one here, and is something that should never be ignored. Whether it’s due to personal issues at home or actual workplace stress, as soon as the waterworks start, remove that employee from the office environment and take them somewhere private to talk.

Whatever the reasons behind this outburst, it happened because the employee couldn’t cope with keeping their guard up anymore, so offer them a ‘free’ day’s mental health leave or a work from home option for the rest of the day to show your support over whatever they’re going through.

Personality change is also one to watch. Have they gone from being happy and calm to angry or irritable? The route of this could be either…

Are they ‘physically’ present?

A lot of mental health issues can manifest themselves in physical symptoms, and it’s important if you are concerned about an individual’s mental health, that you step in and support them before something more serious happens, such as them having a panic attack, (which is noticeable through physical symptoms like sweating shaking and difficulty breathing).

Or are they taking prolonged and/or unexplained absences from work?

While it’s tempting to want to discipline employees who keep taking time off work, be conciliatory at first in order to uncover what’s really going on, as it could be mental health issues they’re suffering from but they are fearful of appearing ‘weak’ by admitting it.

The first thing to do is to acknowledge your role as a business owner and as a manager of people. Part of that role is also supporting staff socially and emotionally.

You also might want to think about changing your management style for different employees and their varying personalities and sensitivities.

Because humans are not machines, sometimes employees get sick, and sometimes they can feel mentally overwhelmed. To ensure the smooth running of a business despite the limitations of human talent, it’s important that the right considerations are made to make sure employees can work to the best of their ability in spite of any inevitable issues they might experience throughout their working life.

Be flexible and take the sufferer as an individual

You have to be approachable to your staff, or else they will suffer in silence and may take the drastic decision to leave the business if they don’t feel supported in their struggles.

Ensure you put regular one-to-one catchups in the diary and hold them outside the office environment, such as in a nearby cafe to help the employee feel more comfortable about opening up. You also might want to think about changing your management style for different employees and their varying personalities and sensitivities.

Although prolonged physical absences can be irritating to a manager, remember that the point of hiring employees is so they produce great work that drives your business forward. With this in mind, remember that with new technologies, work can almost be done anywhere. So, if a suffering but vital employee needs to work from home for a while, let them do it. It’s certainly a preferable option to forcing them to stay in the office and leaving them burned out or quitting as a result.

Although the suffering employee forms part of a wider team, the ultimate goal is to reintegrate the person back in when they are feeling better, and with the right support.

This kind of consideration from a manager will send other employees the reassuring message that if they should ever experience mental health issues or any kind of personal adversity, they would receive the same kind of support and care.

? Now if that isn’t an incentive to stay loyal to a company, I don’t know what is!