More than half of all employers said the incoming National Living Wage will have an effect on their wage bill, according to the CIPD and the Resolution Foundation. Small firms are more likely to raise prices as a result of the incoming change. The survey of 1, 037 employers found that the higher wage floor will have its greatest impact on retail and hospitality sectors, with over three-quarters of employers saying their wage bill will be affected. Over two-thirds of employers in the healthcare sector (68 per cent) also said they would be affected. When asked to name the three most important actions they plan to take in response to the NLW, which comes into effect next April, employers were most likely to say they intended to manage these higher costs by improving efficiency or productivity (30 per cent said they would aim to do this). This was followed by taking lower profits or absorbing the costs (22 per cent), reducing overtime and bonuses (16 per cent), raising prices (15 per cent) and reducing the number of employees through redundancies or slower recruitment (15 per cent). The responses differed by type of employer, with small businesses much more likely to raise prices a quarter of them said they would do so as opposed to larger companies (with 250+ staff) at ten per cent. Similarly, public sector employers were more likely to cut the size of their workforce as a result of the introduction of a National Living Wage 21 per cent said they would cut the workforce compared to 13 per cent of private sector firms. While the CIPD and RF said it was good news so many employers intended to raise productivity in response to the new higher wage floor, they warned that securing these gains may be difficult. Conor D’Arcy, policy analyst at the Resolution Foundation, said it was important that firms are given the necessary support to boost productivity. Just over a quarter of those surveyed felt that cuts to corporation tax and national insurance would offset at least some of the extra wage costs, though only one in ten said the tax cuts would offset most or all of the increased costs. The research pointed out that many employers hadn’t assessed the full impact of the range of taxation changes, with 30 per cent unable to give a response. 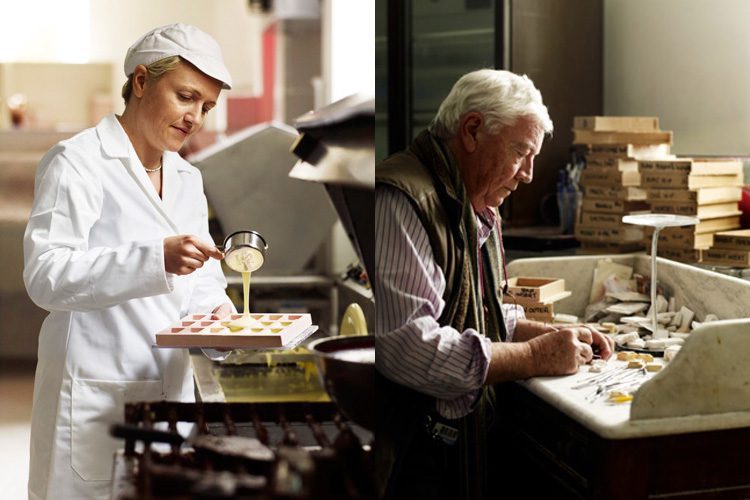 Monty the penguin helps chocolatier reach over 1m in sales

Bath-based chocolatier Choc on Choc, has seen a bumper year in sales, thanks to popular novelty offerings including a chocolate penguin timed alongside John Lewis's Christmas ad and David Cameron chocolate bars for the general election. more»