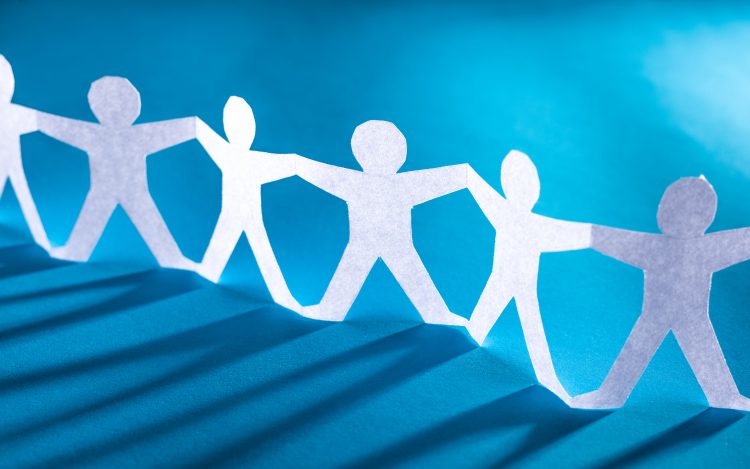 As a small business owner, you no doubt have a To-Do list, which includes the tasks of keeping your hard-working staff motivated, engaged and content. You have, no doubt, made reasonable attempts at trying to get your team motivated. Perhaps you attempted various tactics to inspire them or to get them to buy into your level of passion. When nothing delivers the results you expected, and things remain unchanged, it can be demotivating for you. Many management theories have been done in this case. Human relations management was studied and the findings were published in the 20th century, called Mayo’s Human Relations Motivation Theory. It is a theory of motivation in the workplace and contains the theory of the Hawthorne Effect. From this human relations approach, the phrase “a happy worker is an efficient worker” was born. It proposes that if a business has happy staff, it will experience more productivity and more profit. This is not to the exclusion of reasonable emoluments. If an employee believes they are receiving all the benefits that they deserve from the organisation, they will have a sense of being appreciated and of belonging. They will protect this status by doing their utmost to lift the organisation up in the market.

What is the human relations management theory?

A human relations management theory is a motivation theory or research-based tool that aims to raise employee performances via a holistic approach that considers the individual. Professor Elton Mayo’s studies were revolutionary at the time. It was published in the age of science and machines, so “soft and fluffy” feelings were contrary to the “stiff upper lip with a good dose of science” attitude of the day.

At that time, the theory du-jour for workplace productivity was titled Scientific Management by Frederick Taylor. This theory was biased by the school of thought that workers were generally lazy. Workers were treated as a disposable component of a bigger piece of equipment and were deemed too unsophisticated to be primarily motivated by anything other than money. Frederick Taylor was a successful engineer, and thus work and productivity was reduced to scientifically adjustable components. He discounted any influence from the needs of human nature.

Elton Mayo’s Motivation Theory, containing the Hawthorne Effect, was on the complete opposite end of the spectrum.  It was a disruptor theory and led to the establishment of the Human Relations School of thought. At its core, it drives the importance of business executives taking more interest in the human needs of their employees. It proposed that job performance was affected by many factors, including social relationships and job content. This was the first time that productivity was linked to depending primarily upon the satisfaction of the employees in work situations.

Who was Elton Mayo, and how did he come about this theory?

Born in Australia in 1880, Professor Mayo (Industrial Research department) worked at Harvard University from 1926-1949. His Hawthorne Studies and his book, ‘The Human Problems of an Industrialized Civilization’, were already known in global academic circles.

The Hawthorne Studies were revolutionary for their time and resulted from research executed at a Western Electric factory in Cicero, Illinois, called Hawthorne. There were approximately 40, 000 employees. The published study was extracted from large data sets collated from multiple groups of productivity studies conducted between 1927 and 1933. The inaugural study sought to answer the problem of the effect of lighting conditions on productivity. Two groups of volunteers, from employees, were used as a control group and a group with improved lighting conditions. The outcome showed overwhelmingly that productivity improved for the group with better lighting conditions. You would think that was a conclusive outcome. Not so! The spanner in the works was that productivity improved in the control group as well.  This flummoxed Professor Mayo and became even more discombobulating than that! When lighting was reduced, productivity also increased.  And further, each change, either increased or decreased light, also produced increased employee satisfaction! The insightful Professor Mayo concluded that the worker is not a machine. He also concluded that showing you were concerned about their wellbeing and were trying to improve it, was deemed valuable by them, and they put in more effort. Their treatment and environment was an important factor in productivity. He also recognised that the need for comradery and recognition was addressed albeit not planned, i.e. the sense of belonging. Synopsis: good psychological conditions = good productivity outcomes.

The development of the Human Relations theory

This theory was the antithesis of classical management schooling, which neglected the human side and under-valued the socio-psychological aspect of employees. Professor Mayo’s observations also noted that work satisfaction was affected by the informal social pattern of the workgroup.  Employees gravitate informally towards forming workgroups.  The astute business executive will leverage this to benefit the organisation.

What are the 5 main management theories?

Managing a team is so much more than giving instructions and cheering from the sideline. You need to appeal to your staff by potentially using a combination of methods. Most employees of today enjoy vastly improved management styles. Which management theories can an executive and small business owner draw upon:

Fayol’s research led to 6 functions of management which work through 14 management principles. Some core ideas still live on today, but you will rarely find a workplace following all 14 principles.