Coronavirus, the retail slump and a local high street 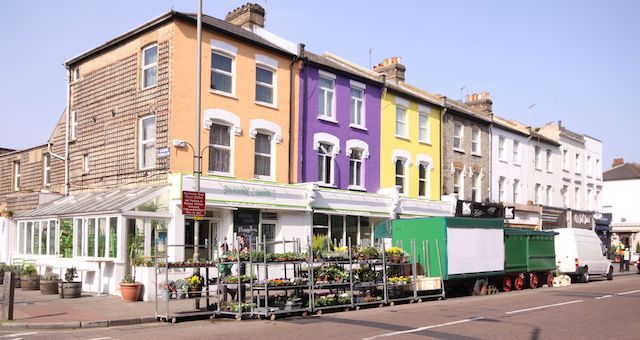 Northcote Road is one of London’s quintessential high street locations. Situated in leafy south-west London, and known for its ‘village feel, ‘ Northcote Road attracts visitors both locally and from further afield. But what really makes consumers visit this high street compared to others? In today’s high street climate, it’s rare to find an area where independent retailers hold their own against the better-known chains, but Northcote Road is one of these places. For every Whistles Bill’s and Joe & The Juice, you’ll also find an independent butcher, cheesemonger and a series of locally run restaurants and cafes. On Northcote Road, visitors experience a shopping environment that is both thriving and diverse; and for those who dislike the way UK high streets have changed over the years, (from mostly independent and family-owned businesses to the domination of chains and shut up shops that can’t afford the rates), this particular high street is an example of what could be elsewhere. From the retailer perspective, and for the independents on Northcote Road, they feel confident about building a loyal consumer base, and that crucially they are wanted. Of course, Northcote Road hadn’t been spared from the changing consumer climate around retail. However, this has mostly affected the larger chains on the street. One example is women’s retailer LK Bennett that was bought out of administration in 2019 but forced to shut 15 of its UK stores, Northcote Road was one of them. Since the new year, most of the street’s fashion chains have been on a continuous sale, desperate to get more customers through their doors, they have even been offering exclusive ‘in-store’ deals to tempt browsers away from online shopping. But Northcote Road isn’t only a microcosm for the market conditions plaguing the retail sector, it’s become a petrI dish for how independent businesses are dealing with the coronavirus outbreak. Today, its high street, usually dominated by stay-at-home mums during the day and workers drinking in its bars and clubs by night, is now empty. Instead, signs, penned by the business owners are seen on the doors of its independent restaurants and cafes desperately offering customers a delivery service in these “uncertain times.” Following Prime Minister Boris Johnson’s implementation of measures to control the outbreak, it’s retailers who face the biggest threat to their livelihood. Now with ‘non-essential’ retailers shut, independent restaurants are reliant on takeaway orders to see them through this unprecedented time. One local business taking an entrepreneurial approach to the situation is family-owned Italian restaurant Buona Sera. While already offering customers a delivery service via Deliveroo, prior to the most recent anti-virus measures, they were selling their stock, including fresh vegetables and pasta items on a stall outside their restaurant. Around the country, small restaurants are rolling up their sleeves and finding new ways to survive during the outbreak. In the market town of Shrewsbury, local restaurant Number Four lost all of its Mother’s Day bookings due to the coronavirus measures. In response to the shutdown, the restaurant introduced a delivery service and is working on a menu for those in isolation. For independents that were already in partnerships with delivery services at the start of the virus outbreak in the UK, it seemed their lifeline was secured, and if they couldn’t seat consumers in their restaurants, they could at least capitalise on the consumer demand for restaurant-to-home eating. However, rising panic around coronavirus has meant that restaurant chains that had been previously offering takeaway and delivery services, (Wagamama, McDonald’s) have now temporarily closed.