Writing for Business Advice, Michelle Ovens, small business expert and director of Peak B, offers her assessment of the challenges facing high streets across Britain and looks at how independent retailers and initiatives are bringing prosperity back to towns. The British high street has been in the spotlight recently with House of Fraser, M&S and Mothercare closing a number of stores. Meanwhile, Toys R Us and Maplin have disappeared from the landscape entirely, and Poundworld has entered administration. Former M&S chief executive, Lord Stuart Rose, said on London Live’scapital Conversation that his ex-employer’s recent struggles are a backlog from its delayed entry into the online market. This is in stark contrast to the success of Ocado, whom Rose now chairs. It is always a shame to see former staples of retail face difficulties, but unfortunately those who don’t adapt to the modern world will inevitably fall behind. House of Fraser’s rivals such as John Lewis have moved far ahead, with accessible online services. There is a misinterpretation over what this means. To be digitally dynamic does not mean the models of Amazon and Ocado are the only ways forward, it’s more an understanding that technology plays a part in what, where and how customers choose to buy. Shops who have this tech balance are still full, and it’s our small businesses that are showing the way forward for those yet to adapt. Read more from our High Streets Initiative: Tigerbella, a children’s clothing retailer based in Monmouth, South Wales began life as an e-boutique in 2015, before opening its first physical store later that year. If we only understand technology’s role in retail as being in online shopping, then this is an illogical backwards step. In fact, what Tigerbella did and small businesses up and down the country should look to emulate is instil technology in their DNA from the outset, giving them more chance of success. Small businesses like this do not sit and wait for the shutters to come down around them but open their doors prepared with the tools to succeed in the modern world. Holywell in Flintshire, North Wales is one highly-publicised case where technologicaladvancement initially left the small market town in dire straits. With nowhere for locals to withdraw cash after the closure of the high street’s banks, many small traders who were unable to offer card readers, suffered. Now, Holywell is one of the UK’s first towns to widely adopt Twitter co-founder Jack Dorsey’s SquareUpcard readers, which cost small traders far less in fees than traditional systems. Add to this free public WiFI and a virtual heritage trail of the town’s sites and suddenly Holywell is an agile, tech-enabled small business hub, reaping the rewards of progress. Social media is also a powerful tool to inject more life into the high street. One small business in Bewdley, Worcestershire Mooch Gifts and Home has won over its competitors and consumers by establishing a Facebook page Shop, Eat, Sleep Bewdleywhere businesses can promote each other in what had been a struggling shopping town. As a direct result of this new online community, the culture of Bewdley’s small business sector has changed. From having little engagement with one another, traders now work closely together, sharing resources and using their combined clout to attract people onto the high street. In the Somerset town of Frome, tech savvy entrepreneurs created?SHARE, an online tool-sharing service.’sHARE’states that an average drill is only used for 13 minutes in its entire lifetime with a single owner, so this sharing platform saves its users lost time, money and storage space. It has been just one part of Frome’s transformation, a town that needed a boost after the financial crisis when two-thirds of the employees at Butler and Tanner – one of the area’s main sources of jobs – were made redundant. Shortly after, A Vision For Frome 2008-2028was launched as a strategic partnership by the local district council. Ten years in, Frome now holds a reputation as one of Britain’s coolest places to live thanks to its artisan quarter and vibrant arts scene. Local government has played its part in the vision, as have members of the community with further initiatives such as the Compassionate Frome project. Set-up in 2013 to combat loneliness in the town, emergency hospital admissions were reduced by 17 per cent over three years thanks to one GP’s entrepreneurial spirit. __________________________________________________________________________________

Michelle Ovens is the director of Small Business Saturday, one of the country's most successful small business campaigns. Leading the initiative since its launch in 2012, Michelle has a unique view of the landscape for Britain's high street retailers and traders. 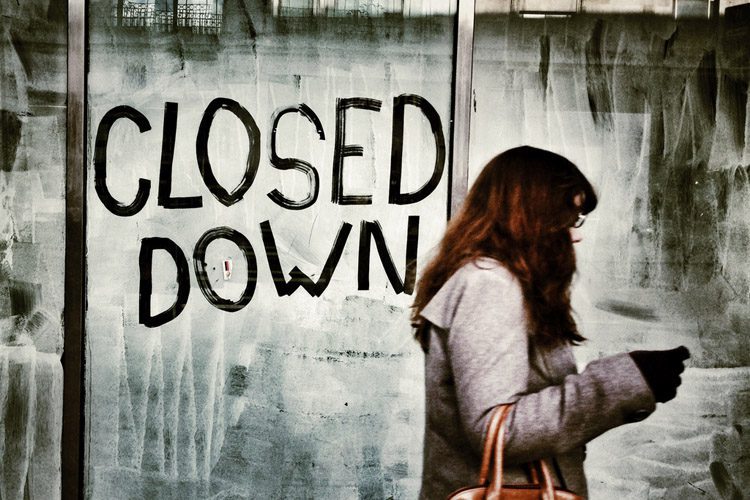 Another day, another high street stalwart announces store closures. Coming hard on the heels of M&S cutting 27 stores, now House of Fraser is set to close 31 of its 59 stores and Poundworld is calling in the administrators. It is time retailers embraced change or face shutting up shop for good. more» 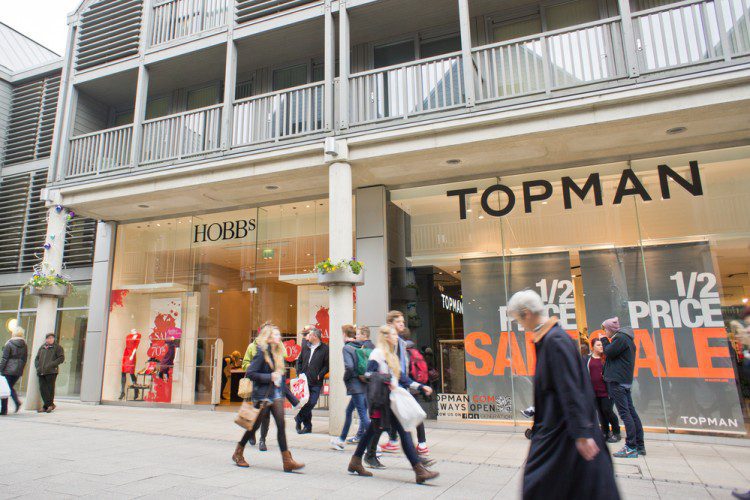 After the curtains drew on another Small Business Saturday, we asked a panel of small business owners whether the growing prominence of Black Friday threatens to undermine a day dedicated to supporting independent firms. more»