Small business public procurement opportunities could be on the rise

The UK government has made no secret of its intention to spend more public money with small businesses. As of August 2015, the target is one pound in every three by 2020. However, with the country’s priorities now dictated by it’s exit from the EU, will public procurement opportunities for entrepreneurs slip from the debate? Ian Makgill is the founder of Spend Network, the database of transactions between public bodies and suppliers in Britain. The purpose of collating the information is to ensure greater transparency in the way government spends money. He is also the man behind Open Opps a free online service that allows users to search public procurement opportunities in 80 different countries. Small suppliers seeking government tenders are now able to use the portal to bypass previously complicated processes to find contracts specific to their business. Business Advice spoke to Makgill to find out whether the government remains committed to welcoming Britain’s small businesses into the public supply chain, and the ways his own ventures provide owners with the tools not previously available through the Contracts Finder site. In terms of the government’s public spending targets, Makgill is confident that the prime minister is on the right track. I think the commitment is there, yes. I don’t think there has been a change since Theresa May has come in. Obviously, people in government had to take a few weeks to re-evaluate their priorities in light of Brexit, but I don’t see any significant change of emphasis in regards to working with small businesses. So what has been keeping public contracts a closed shop? currently, the big thing that stops small firms winning public tenders is the size of the contracts available. When the contracts get too big, smaller suppliers can’t fulfil them. That’s going to be a constant battle and I don’t think Brexit will have a significant effect on that, he said. In November 2016, an ‘sME Panel? was created in within the Crown Commercial Service (CCS) the procurement arm of the Cabinet Office bringing in representatives from the SME community to provide a voice for small firms in the procurement debate. Makgill expects the SME Panel to have a positive impact on the procurement opportunities for small business owners. the bit that is too often missing is a good understanding of the market and a good liaison. Any form of communication between suppliers of any size, particularly small companies, can only be good thing. To achieve a more open supply chain, Makgill told Business Advice that he wanted to see greater competition for public tenders. there are simply too many contracts going to the same places, and at the same time, not delivering the savings that we could see. Those are the most pressing problems, he said.

For Makgill, data is the key to creating a competitive and fair environment that allows access of public contracts to businesses of all sizes. Through data, according to the Open Opps founder, comes transparency. we would like to see the public data used improved significantly so it can be used properly. This data is vital to reducing costs for government not only in a procurement sense but in counteracting fraud and increasing competitiveness in the supply chain. what the government wants and what the public wants from government is the best suppliers doing their utmost for the right contracts at the right price. Nuclear decommissioning and phone contracts, for example, are not contracts going to be given to small businesses. But are those contracts delivering what we ask of them 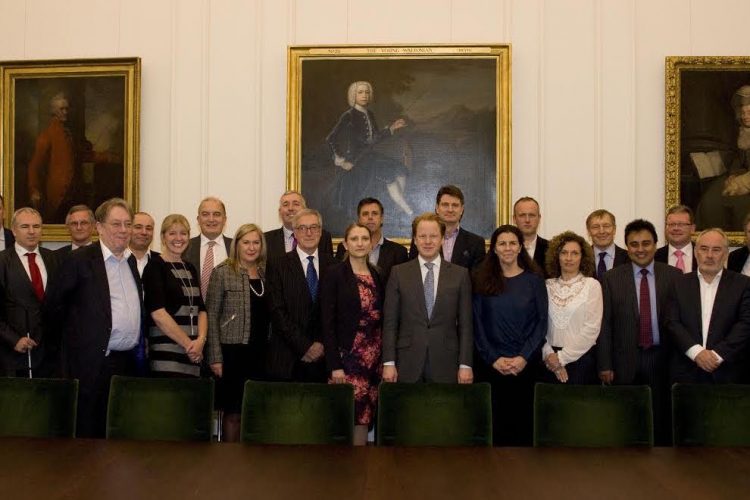 A panel of 24 small business representatives has been appointed to advise government and support small companies when accessing public procurement opportunities. more»