Case studies
Junk Hunters: From ?160 in savings to a business franchising growth

Handed an old tipper truck in lieu of a final salary, many would have despaired. Not Harsha Rathnayake, he saw an opportunity and set up Junk Hunters. Ten years ago Harsha Rathnayake was left with no job and only a tiny amount of savings. Undeterred, he?s literally lived the ?if life gives you lemons, make lemonade? proverbial phase by founding Junk Hunters, a business that now turns over ?750,000 and employs 14 people. What is even more remarkable is that his efforts are entirely self-funded and he?s done it all in an incredibly competitive industry littered with stories of failure. In an exclusive conversation with Business Advice, the Junk Hunters founder said: ?Being from Sri Lanka, I was unable to secure a business loan as I had no UK credit history. ?I took on part-time jobs as a takeaway driver and doing a newspaper round to fund the fledgling enterprise, working 19-hour days. In just one year I was able to buy a new truck, take on two staff and give up the extra jobs.?
Key stats:
Rathnayake and his team have faced numerous obstacles along the way. Describing the industry as pretty ruthless because of the low barriers to entry, he?s had to fight off rivals to secure custom. Then there are the modern-day rogues, fly tippers, who offer cheaper rates because the waste is simply dumped anywhere they like. ?Some unethical companies have damaged the reputation of the man and van model rubbish removal business,? he explained. ?We?ve had to work extra hard to prove to customers that we are different, especially when someone wants to use us for the first time.?   The early days, he told us, are the hardest. With suppliers not willing to provide credit, and banks unwilling to lend, it was sheer determination to work hard and get a business started that kept Rathnayake going. ?Finding staff is always a challenge. Dedicated, conscientious employees are hard to come by. It?s about finding the right people and treating them well ? so they stay with the business,? he advised.

The future of Junk Hunters

In realising that he?d created a sustainable business with a strong brand, Rathnayake has now decided to journey down the franchising route. He sees it as an easier way to manage growth than through a branch network, and has created two franchise structures. ?The first is as an ?operator?, when the franchisee starts in a hands-on role with just one vehicle. The second is under a ?management model?, which encompasses a much broader range of tasks like sales and marketing, recruitment and training.? Under current productions, Junk Hunters franchisees are forecasted to make a profit of ?278,000 after five years ? not bad when your line of work is other people?s rubbish. Help in putting this growth strategy together has come in the form of consultant assistance. He?s expecting to have a minimum of ten franchisees by the end of 2018 and already has five ready to launch and another five in the pipeline. ?Junk is not a glamorous business but it?s an industry that provides a vital service and one that we are passionate about. We expect Junk Hunters franchisees to show that same passion,? Rathnayake commented. They key qualities he?s looking for in franchise partners include management experience, business development capabilities, a customer service mentality and sound financial management. Despite lots of competition, the entrepreneur believes the ?junk? market will continue to grow in the years to come. ?Particularly during the last five years of trading we have established a successful business with profits which have continued to grow year-on-year,? he revealed. There is also an environmental contribution Junk Hunters is making. The business recycles 80 per cent of the waste it collects ? something its founder is very proud of. ?Fly tippers mean waste materials are not being disposed of in a safe and ethical way. It also means that rubbish is never separated for recycling, adding to the mountains of waste in landfill.? From working 19-hour days, when he?d do a nine-to-five shift at Junk Hunters and then work his second part-time job from late afternoon until midnight, Rathnayyake has come a long way and is living proof of what hard work and passion for a business offering can achieve. ?Continually improving our service and finding better ways to add value for customers is so important ? as is never giving up. Where there’s a will, there’s a way.? 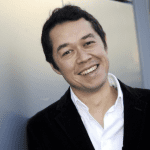 Discover the eight lessons?Ed Molyneux learned from running his own business Knowing what to focus on in the early years of building your company is interesting in hindsight, but even more useful if you can gain?that?insight at the beginning.

The 5 main taxes your small business needs to know about

What is MTD bridging software & do businesses need it?

How much tax do I pay as a sole trader?

When is Corporation Tax due?