Is Right to Buy? profitable for eligible buyers? 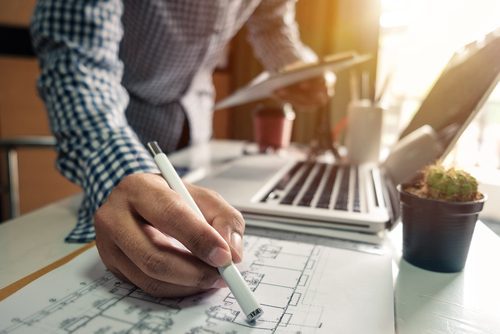 Craig Upton reviews the Right to Buy scheme on behalf of UK Property Finance, a whole of market mortgage broker. The UK’s Right to Buy scheme was introduced to help council tenants across England and Wales get on the property ladder. With eligible tenants often qualifying for discounts worth tens of thousands of pounds, the scheme has thrown an invaluable lifeline to thousands of buyers – many of whom would have otherwise never found their way onto the property ladder. However, the scheme continues to attract criticism from those who believe it is playing directly into the pockets of unscrupulous buyers and sellers. According to a recent report from the BBC, a total of 139 homes purchased under the Right to Buy scheme were sold within the space of a single month. Collectively, these homes generated profits of around 2.8 million for their respective owners. When homes purchased under the Right to Buy scheme are resold within the first five years a proportion of the initial discount must be repaid by the seller. Even so, critics continue to argue that the restrictions on private Right to Buy property sales do not extend far enough, allowing too many to profit from a flawed social housing policy.

Such is the extent of the controversy that the Chartered Institute of Housing (CIH) has called for the Right to Buy scheme in its entirety to be temporarily suspended, stating its ‘shock? at the latest figures. In total, the investigation carried out by the BBC found that within the last 20 years, total profits generated by Right to Buy profits sold on by their owners exceeded 6.4 billion. The problem is, however, far from confined to properties purchased under the Right to Buy scheme. Opponents to council housing resale policies insist that more must be done to prevent property owners and investors taking unfair? advantage of the current system. An issue highlighted by recent Channel Five documentary, documenting the business exploits of a young property investor. Now a multimillionaire, 32-year-old Niven earns approximately 27, 000 per month across a portfolio of 25 former council properties. By buying former council homes and selling or letting them for profit, he’s so far generated approximately 4.5 million. Despite having faced accusations of profiting at the expense of the millions waiting patiently on council housing lists, Niven firmly insists it is the system itself that is to blame.

Craig Upton supports UK businesses by increasing sales growth using various marketing solutions online. Creating strategic partnerships and keen focus to detail, Craig equips websites with the right tools to rank in organic search. Craig is also the CEO of iCONQUER, a UK based SEO Agency and has been working in the digital marketing arena for many years. A trusted SEO consultant and trainer, Craig has worked with British brands such as FT.com, djkit.com, Bridging Finance, Serimax and has also supported UK doctors, solicitors and property developers to gain more exposure online. Craig has gained a wealth of knowledge using Google and is committed to creating new opportunities and partnerships.