Lending
Finding the right niche for your business

Expertise and enthusiasm go a long way but that’s not enough to make a business a success if there’s no gap in the market. The principal reason so many startups fail is that they don’t serve a clear need. For upstart technology companies, the rate of failure is 70%, while for consumer hardware companies it’s 97%, according to CB Insights, the New York-based venture capital database that has an unrivalled insight into startups. Finding your niche isnt easy but learning from other businesses is a good place to start when it comes to developing your product or service for the right audience. Ash Phillips started his first business ten years ago when he was just 19. Having dropped out of university, he put his skills in IT and design together and started doing logos for friends of friends. Over the years, the business grew into a creative agency working with clients as big as Costa Coffee and Tesco and eventually merged with Midas Creative Group. As a young entrepreneur working on his own, he felt that very few of his friends understood what he was doing: he lacked a network of like-minded people. And so he decided to fix his own problem and start a meetup. Eight people having a pint together in Bristol has turned into an organisation running meetups in fourteen cities across the world from Manchester to Melbourne. The plan is hit forty to fifty cities by the end of next year. Membership of Yena, which stands for the Young Entrepreneurship Networking Association costs 9 a month. it’s super accessible, he says. It solves the gap between free government support and expensive, exclusive networking. Hair and make-up artist Samantha Blake started her career as a fashion buyer and stylist. She then spent eight years working for CASS Business School in the City of London, learning everything she needed to know about starting her own business. When I got married, the girl who did my makeup really inspired me, she says.

I had never considered it as a career but I thought I could do this.

Growing up in Coventry, Samantha was always the one to do her friends makeup for dance shows or events. She now has 10 people who work under her business name SJB Hair & Makeup. Samantha aims to appeal to the market that doesnt get much attention Instagram is full of 20-somethings and the women in their 30s and 40s are often missed, she says. Her approach also differs from others in the way she designs hair and makeup around that person’s entire look and personality, just as she did when styling people at Topshop. I want people to be a participant in the consultation – who knows their face better than they do? Im not there to tell them what to do, Im there to bring the best out in them, she says. Ash Phillips and Samantha Blake have several things in common: they learned from their experience in previous roles, identified their skills and created a company for an audience they felt were not being served. They also share a bank. Starling Bank was founded in 2014 with a clear goal: to build a bank that would help individuals and businesses manage their money, all from one app.

As government figures reveal that lending through the Bank Referral Scheme tripled in 2018, small business owners who received finance discuss their experiences. more» 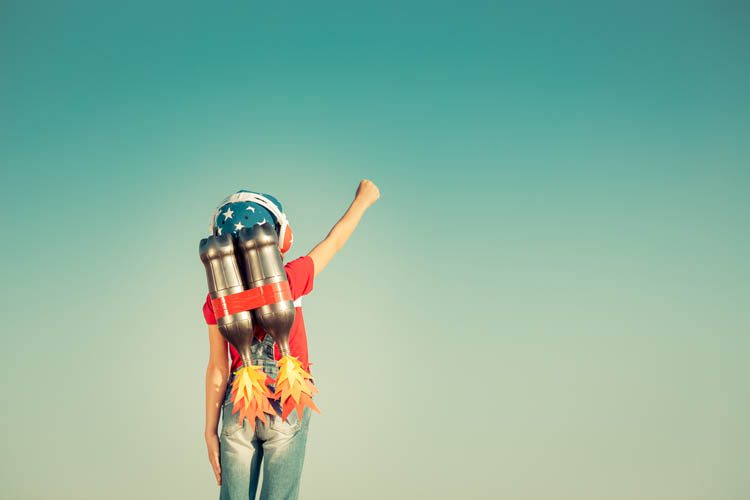 David Walker helps budding entrepreneurs turn a product idea into a business with a definitive seven-step guide to protecting, licensing and launching a new invention. more»