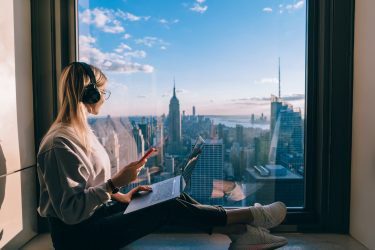 After a difficult year, businesses and employees alike have been given a new perspective on the world of work. It’s been particularly tough for freelancers, with customer pipelines interrupted and the familiar cash flow uncertainty multiplied exponentially. In fact, research from IPSE showed that around 70% of self-employed people experienced a drop in demand for their work at the start of the pandemic. But in the wake of a pronounced pandemic slump that took power away from the independent workforce, the freelance market is well on its way to recovery. The broader global economic recovery has undeniably been a catalyst for this. However, increasing appetite for freelance roles can also be attributed to professionals refusing to hand back the flexibility granted to them indirectly by national lockdowns. Beyond a resurgence of the freelance economy, the lifestyle shift afforded by the pandemic marks a far more fundamental evolution of global working practices, with independent workers at the core. After all, many people that move into freelance positions do so to seek better career autonomy and improved work-life balance. In a way, this has accelerated a trend that was already emerging. Workforce flexibility became increasingly necessary as businesses expanded globally, adopted a remote-first culture and prioritised results. Freelancing, the gig economy, independent working – whatever you want to call it, employers must come to terms with its growing influence. Governments and businesses are recognising that it is here to stay, with a greater emphasis on employee rights, benefits and protections, especially given the health crisis of the past 18 months. What implications could this have?  Benefits for businesses The freelance economy has seen peaks and troughs over the years, but this time it feels different. Rather than a sporadic set of hard-working individuals, there is growing appetite for a more co-ordinated approach to freelancing– whether workers looking for more consistent jobs or businesses that need staff but don’t have time to recruit. In fact, the emerging freelance platform industry is expected to grow by 15.3% by 2026. Ultimately, this signifies that access to freelance capacity is firmly on the agenda for businesses as they increasingly understand the potential of this model. Namely, that they require access to employees with the relevant skills, and at the right time. An on-demand workforce, with employment models that are skills first, rather than job first, can better support global productivity.  The democratisation of work The other effect of the pandemic has been to highlight the power held by the skilled workforce, many of whom have woken up to their potential industry value. In fact, the rise of the ‘plural economy’ – a contract-based approach which allows for several jobs to be worked at once – has stoked the flames. More than ever, people understand they can work for multiple companies and get paid more this way than via traditional employment.