What Can Entrepreneurs Learn from the Theranos Verdict? 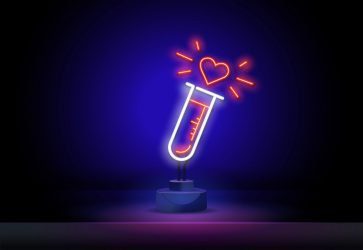 What Elizabeth Holmes set out to achieve when she founded Theranos in 2003 was impressive and had enormous potential. Her aim was to turn the blood-testing industry on its head by using new technology to allow a huge range of tests to be conducted on a single drop of blood. Many investors bought into this vision, and provided over $700m in funding against a valuation that peaked at  $10bn in 2013 and 2014. Despite the relentlessly rosy outlook presented to the board and the media, Theranos were failing to reach their lofty ambitions. Instead of admitting that the machines they were designing were not performing as intended, they hid the truth from investors, the Board and potential customers, using blood-testing equipment from other suppliers to keep up appearances. This all came to a head in 2015 following a Wall Street Journal investigation that exposed the extensive deception carried out by Holmes and Theranos. Holmes is now awaiting sentencing after being found guilty of four counts of wire fraud; her reputation in tatters and a much feted business’ story at an end. There is a lot to learn from successful entrepreneurs, but it is cases like Theranos that clearly demonstrate the consequences of poor business conduct. Here are four lessons from the Theranos verdict that all entrepreneurs should take on board. Be realistic and transparent with everyone Entrepreneurs are often driven by an overarching vision and a commitment to creating a better world. However, that vision has to translate into an achievable strategy and subsequent actions that take businesses closer to their goal. There is always a gap between vision and what is possible now, and leaders must beware of the gap becoming too large to credibly bridge. Ambition is great, but it must be balanced with realism. Certainly Holmes and Theranos had a laudable aim and might have thought their initial strategy or timeline was realistic, but what came apparent is that they lacked both the humility and flexibility required in the face of challenges to maintain such confidence. Rather than admit this was the case, Holmes opted to continue making unsubstantiated claims. Fake it until you make it is not an acceptable strategy. There is a clear lesson to entrepreneurs that strategic agility is critical – especially in the early stages of a venture – and that transparency with all stakeholders is essential, never more so when adapting strategy or timelines. Evidence should be the foundation upon which strategy is built. Experts will help you Not even the ‘strongest’ entrepreneur can do it all alone. The best leaders know that building an effective team is the best thing they can do to maximise the chances of success. This means hiring people with different views, strengths and expertise…and listening to them. Challenge and objective insight are essential ingredients for success. When it was clear that Theranos technology was not performing as intended, Holmes not only ignored the advice of her in-house experts, but opted to suppress and remove employees or board members that might have revealed their shortcomings. Any technical expert that voiced their concern was subsequently pushed out because her detached view of reality could not stand to be challenged. Ultimately this was to the detriment of everyone in the project; investors, board members and customers were none the wiser due to her deception. If she had listened to those with technical expertise she might have been able to manage the challenges they faced and still build a successful business. Expert advice should be welcomed into all areas of the business, even when it challenges your view and could slow your progress.

Matt Spry is a strategy consultant and founder of Emergent. Drawing on over 20 years of experience, Matt helps ambitious, scaling, mission-led businesses thrive, by bringing clarity to their future potential, focus to their strategy, and alignment to their organisation. For more information visit www.emergentbusiness.co.uk.