For the owners of Britain’s small shops, having a pet in-store to greet customers can provide a surprising boost to business, new research has revealed. Across the UK, independent retail owners who keep pets in their physical stores receive a total annual income boost of around 59.7m on average, research from American Express has shown. As the country’s small businesses prepare for Small Business Saturday, which falls on 2 December this year, many owners may be thinking more seriously about putting a doggie in the window? to draw in customers and increase sales.

The draw of pets is so irresistible that over a third of British shoppers are more likely to visit a small store if it has a pet. Meanwhile, 30 per cent claim that a shop that has a pet persuades them to linger in-store for an extra 13 minutes. The research found that 32 per cent of shoppers are more inclined to take time to talk to staff at small shops that have pets, while the likelihood of shoppers mentioning a store on social media increases by 22 per cent in the presence of a pet dog or cat. Most importantly for retailers, so-called animal attraction? encourages shopper spending. Over eight million consumers said theyd be more likely to spend an average of 6.86 when there’s a pet on the shop floor. the presence of a dog can be a great ice breaker for tentative browsers and can even entice new customers through the front door, said director at American Express, NikkI Edelman. Commenting on the statistics, he added: It might seem unconventional but it appears that business owners who bring their pets to work have the perfect company asset. The study also showed that of the different types of pet, dogs had more of a positive influence on workplaces than any other, and not just shops on the high street. In its poll of dog owners, American Express found that 44 per cent were more efficient during working hours because they have to walk their pet dog. Some 36 per cent said having a pet dog nearby when working increased their productivity, whilst 61 said their pet dog kept them company when they worked alone. Small Business Saturday 2017?100 companies announced

How to capitalise on Small Business Saturday for year-round success

Small Business Saturday is now an annual event having the impact that its creators desired, but how can small business owners maintain consumers? enthusiasm for their entrepreneurial spirit throughout the rest of the year, while competing with bigger household brands? more» 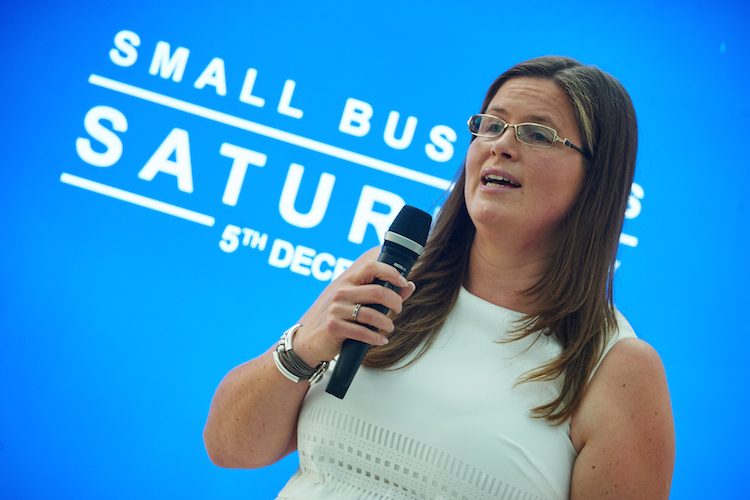 As the director behind one of the country's most successful small business campaigns, Michelle Ovens has a unique view of the landscape for Britain's high street retailers and traders. more»

The Small Business Saturday campaign has seen its most successful year yet, as figures for this year revealed that consumers spent an estimated 717m with small firms across Britain. more»