As part of a new series of social media guides for small business owners, Business Advice reveals everything you need to know about using Facebook for effective marketing. An effective social media presence is now an essential part of a wider marketing strategy for any company. For many entrepreneurs, Facebook has been a cost-effective early platform that can be managed almost anywhere at any time. Facebook’s business Pages give users a range of tools which, when used properly, can cover the basics of marketing as well as offering a vital point of communication with customers. Recent research showed nine in ten of all social media users regularly used the network. At 48 per cent of the UK population, that is a vast pool of potential business. In this guide, we learn from the expertise of the entrepreneurs successfully using Facebook to market their business and engage with customers, before revealing the essential dos and don’ts of using the social media platform as a small business owner.

Facebook allows page owners to set an advertising budget to any static public post. Paying for coverage on a post means followers are more likely to see it, and it will appear as a suggested page for other users yet to engage with your own. The platform enables users to select from a range of objectives? for an advertising campaign, including local awareness, website clicks and shop visits. For Gary Nicholls, boosting Facebook posts with an advertising budget has been crucial to increasing exposure and sales for his self-titled art and photography business. However, as Facebook heavily restricts the visibility of unpaid posts, striking the right balance at the right time is key to news feed success. for my business, paid advertising is a necessary evil, Nicholls told Business Advice, my ‘audience’ needs to be targeted and Facebook’s advertising allows you to do this in a way that other advertising does not. He continued: it’s a necessary evil because of the way Facebook works. You need to ‘advertise’ or, to put it bluntly, pay to let your followers see your posts in their news feeds and it’s one of the only ways to reach a worldwide customer base. Elaborating on the downsides, Nicholls explained that paying to boost? posts can temporarily increase page likes, but once a campaign finishes, likes have a tendency to fall. He said Facebook had failed to respond to any queries regarding paid advertising. Nicholls also highlighted the danger of unexpected costs, as Facebook does not always stick to the agreed budget. the primary benefit is that you can actually target your audience, which is vital for me when I am looking to sell my art and book, with art being a niche market. however, the minute your campaign ends, so does your engagement. You receive a message to say ‘do you want to extend your campaign?’, hence the unexpected bill, Nicholls added. Offering up the lessons learned through his own experiences, Nicholls? advice to fellow entrepreneurs seeking to make the most impact with paid ads was to get posts shared organically first, and then boost with a promoted budget. He explained that campaigns running from Thursday night to Sunday night were the most successful. 7pm on a Thursday night is the optimum posting time for any campaign, Nicholls added.

While other mediums such as Snapchat and Periscope have allowed users to live stream videos since 2015, none can rival Facebook for reach and sheer volume of users. Once a video is live, the user can see how many people are engaging, along with any comments and reactions that are left by viewers. Once the stream is over, a static video is saved to the account’s timeline where it can be watched again and shared. Although not restricted to business pages, the commercial impact of live video appears to be growing. A Brightcove study found that video shared on social platforms generates 1, 200 per cent more engagement than images and text combined. Alongside Facebook’s recent push to get more UK users live streaming, significant opportunities are available to small companies using Facebook Live. Small business owners need only minimal tools to make the most of the service a video camera, internet connection and a Facebook account. Strengthen an existing marketing strategy Ross Tavendale, a partner at creative agency Ideas Made, told Business Advice of the marketing potential of the Facebook Live service. we find live video as the best avenue to kick off your marketing efforts, as it lends itself so well to what we call a COPE strategy create once, publish everywhere, he explained. as each distribution channel has a slightly different type of content at its heart, you need to transform it so that it fits with the platform. for example, a long-form article on our website would not be suitable for Instagram, but one of the images in the article could be combined with a quote from the article and distributed there. With video there are so many spin off pieces of content that come from it we find that it really is the best place to start. 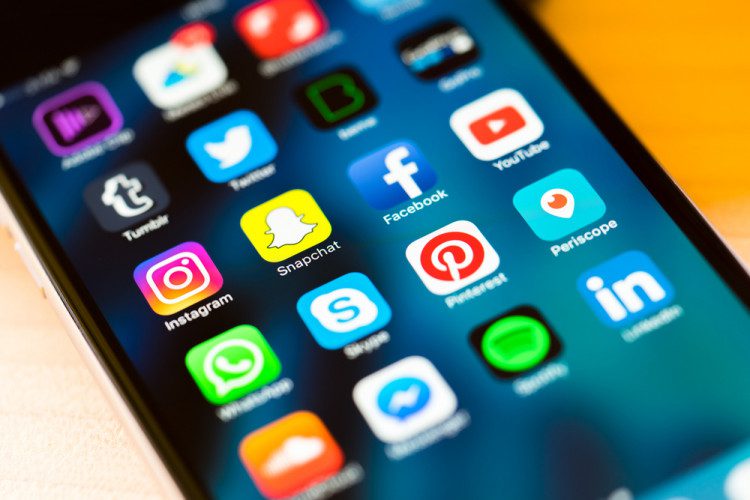 Facebook to Snapchat: Grow your online community with the right social tools

As the social network has grown in prominence over the last decade, many additional social media platforms have sprung into life, bringing us to a world today, with an online community of two billion people use social media. more»