In the first of series of pieces looking at the lessons to be learned from small business ecosystems around the world, Business Advice looked at Oslo’s burgeoning startup scene. can you sit in the front please was the first thing the Uber driver said to me when I used the app to get into the centre of Oslo on a rainy Monday. His own version of the platform, usually ubiquitously perched in a case attached to the dashboard, was nowhere to be seen. The region’s most famous export gruesome murder mysteries with disappearances on grey days seemed close to the front of my mind, but I willingly obliged. The legal situation with Uber here is a bit of a grey area, he explained once I was seated next to him. Were getting there but it’s better not to draw attention to yourself. The Portugese expat a former factory owner had moved to Norway when the recession hit the Iberian peninsula hard in 2008, and explained that despite the dubious legal stature of ride-sharing, the quality of life for an immigrant in the city meant he didnt regret the decision. In many ways, his story highlights the country’s cautious but growing enthusiasm for both tech startups and the foreign talent which is making the burgeoning small company scene possible. And as the British economy goes over the debates about the country’s economic place in the world when the Brexit debate is concluded, the country’s cautious and inward looking yet immigration and technology friendly small business culture offers ample suggestions for those in the UK’s small business space.

‘see the board, over there? There are 50 different countries represented in the Lab, and that is something which is really, really important to us, said Kjetil Holmefjord, the manager of Oslo’s only tech startup incubator, pointing to a list of members? home countries pinned to the wall of the incubator’s communal kitchen. With net immigration into Norway increasing dramatically in recent years, the global pool of talent reflected by StartUp Lab is hardly surprising. Yet in stark contrast to much of the focus on low-skilled foreign workers which has dominated the debate around Britain’s place in the European Union, the pride with which Norway’s startup community embraces migrants is striking. we know that 40 per cent of Fortune 500 companies were founded by immigrants or sons and daughters of immigrants, he continued. it’s often people who are not in the centre of the community who are the best entrepreneurs. Other people want to keep the status quo. If you have a comfortable life, with all your friends around you, you’re never going to feel the urge to go out and want to invent something else. But as an immigrant you’re not in the centre of society to begin with. Hopefully you will become so eventually, but youll have a different perspective on how things are and that’s vital for driving entrepreneurship. the founders of Opera always say that one of the reasons they were so successful is that when they hire, they always write in the job adds, Norwegian no requirement. There are plenty of great people who maybe couldnt get jobs because they were foreign, but having more immigrants coming in to the country is just very positive from an entrepreneurial point of view, and from our perspective. StartUp Lab advertises to expatriate communities in Oslo to try to increase awareness of entrepreneurship and provide opportunities for those who would otherwise struggle to work. This is an attitude that goes somewhat against the political grain in a country where posters at train stations proudly offer financial rewards for refugees willing to voluntarily return home, following the election in December 2015 of a hard line anti-immigration minister promising one of the strictest border controls in Europe. Go fund yourself As well as going against the grain when it comes to immigration, one gets the sense that Oslo’s small business community is one step ahead of their politicians when it comes to enterprise promotion. Government support entered into the discussions we had with small business leaders in Oslo, which took place just a few weeks after Spotify’s co-founders published an open letter to their government threatening to quit the country unless more was done to help entrepreneurs. Typically, things are changing slowly. The government are putting more emphasis on the startup environment, explained Berntsen, the marketing manager of WiFI troubleshooting software startup Domos Labs. But, at the moment, it isnt very mature. When it comes to small business funding, this is a particular challenge. With high taxes and generous social spending fundamental to the Scandinavian economic model which has served larger businesses and individuals so well, encouraging enterprise through fiscal is a less viable option in Norway than in Southern European neighbours. ‘something like tax incentivising angel investment we couldnt do that here, explained Holmefjord. It would be an extremely controversial political issue. As a result, when StartUp Lab was founded, attracting investment away from the energy industry was a key challenge for the incubator’s leaders. Inspired by their stints in Silicon Valley, where the same cultural imperative that sees university alumnI give back millions to their alma mata permeates into startup culture, they approached already successful entrepreneurs asking them to pay their luck forward by contributing to a seed investment pot. The approach succeeded. By reaching out to the brains behind Norwegian success stories like Opera and StepStone, they were able to create a Founders? Fund? worth the equivalent of around 3m. StartUp Lab takes equity stakes of up to 15 per cent in the young companies they fund, with the provision that, if the founders they will sell them if the growing business makes it to a second funding round. We don’t want business to to be captive if they want to expand internationally, Holmefjord explained. The close proximity of young companies to each other and the interaction which is encouraged between them also means, in its manager’s words: Everybody in the space is peer reviewed by members of 20 other companies, so there’s really good due diligence from those as well. Exercise caution

When I asked Kjetil Holmefjord about the criteria for admission into Oslo’s only startup incubator, the StartupLab’s manager’s emphasis on the ability of founder team members to make good decisions was one of the most striking hints at the space’s distinctive small business philosophy. we emphasise the product market very little, because we know at this super early stage that’s going to change a lot. it’s more important that you as a team have the right sort of features and experience to make good decisions further down the road, he explained. 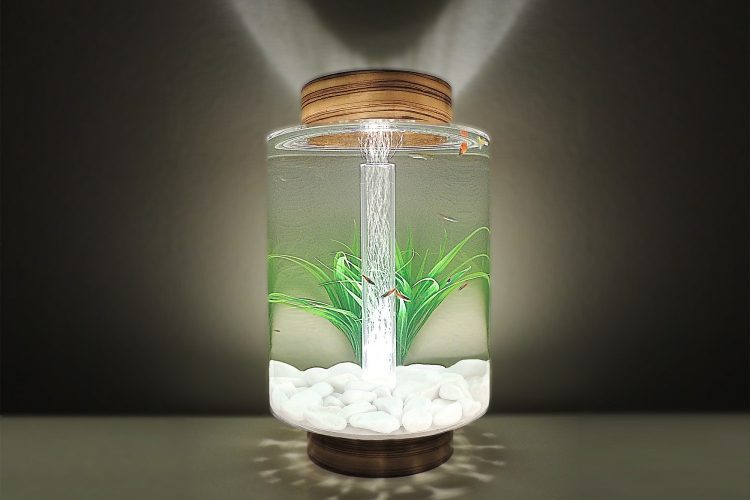