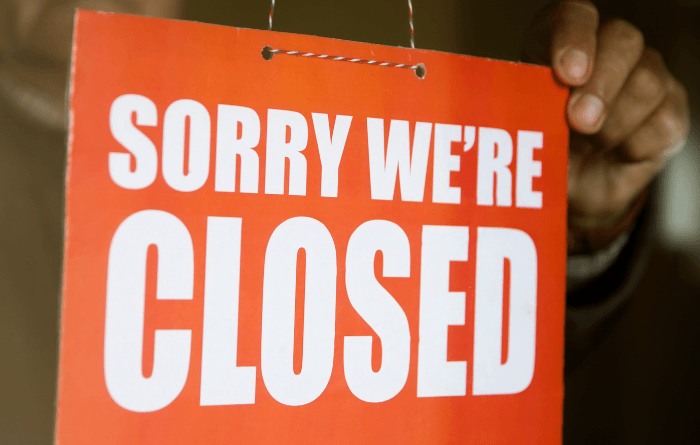 The term “active proposal to strike off” refers to a process whereby a limited company is removed from the register of companies. This can happen for many reasons: an owner or director wants to retire and dissolve their business, they don’t think that the business will be profitable in the future, or there are difficulties ahead that the business does not think it can survive. The idea behind this process is that it’s better for shareholders if all assets and debts are dealt with beforehand so as not to affect them later on. But what does an “active proposal to strike off” mean for a limited company? In this article, we will explain how striking off a company works, the reasons for it and in which situations it could be a positive move.

What does striking off a company mean?

When a company is struck off, it means that the limited company has been removed from the register of companies. It will no longer be considered an active business entity and so this process provides shareholders with some relief when they want to dissolve their business or retire because there won’t be any issues surrounding assets and debts affecting them later on. The process of striking off a company is also called “deregistration” or “winding up”. There are various considerations that need to be made when striking off a company such as any outstanding debts, assets and the company’s legal standing.

What is an active proposal to strike off?

Active proposal to strike off refers to making an active request for striking off a limited company from the register at Companies House. This means that shareholders can vote on whether or not their business should be removed from the register of companies and if this majority agree then they will proceed with striking off their company. There are various reasons why a shareholder would want their business struck off which include:

If you own your own limited company and you wish to retire but there’s still a chance that it could continue in some form, you may want to have it struck off instead so as not to affect any future decisions regarding what happens next

The Owner Wants To Start Fresh

Perhaps there’s been a disagreement between owners or directors in relation to how their shared company should be run from here on out. In this case, making an active proposal for striking off can lead towards restructuring the entire business group as well as resolving any difficulties ahead

If the company does not think that it will be able to survive any future difficulties then striking off can help because the assets and debts can be taken care of before the company runs into trouble.

How long does it take for a company to be struck off?

Once an active proposal for striking off has been passed, a period of four weeks is given so all shareholders are aware of what’s happening. After this time has passed, if no one else objects to their business being struck off then it will go ahead and become removed from the register after which point they may submit form DS01 (voluntary strike-off) to Companies House within two months. They must also inform creditors at least 14 days before the company starts to dissolve. This is because creditors may not have been aware that the company was going through a process of striking off and so they need to be informed in order for them to deal with any outstanding issues. Once a limited company has been struck off, it cannot be re-activated. This means that if you ever want to use the same name again then you would need to apply for a new Limited Company Registration number.

What happens if the company has assets or debts?

Before a limited company can be struck off, all outstanding debts and assets need to be dealt with. If there are no outstanding debts then the shareholders will have nothing else left to do other than submit form DS01 and begin the process, but if they do have any outstanding debts then it’s important that these get settled before striking off takes place. If this isn’t done, the creditors will be entitled to seize any assets once the company has been deregistered.

Does striking off a company enable you to avoid paying taxes?

No, striking off a limited company does not mean that you won’t have to pay any tax and it will still be liable for corporation tax. It also means that if there were any outstanding taxes at the time of deregistration then these must get paid before the process can take place. This is why it’s important to make sure everything has been dealt with beforehand so as not to cause further issues later on down the line

Can you strike off a dormant company?

There are many reasons why a limited company would become dormant. For example, it may have had an active trading period but due to unforeseen circumstances, the business was made dormant to save money on taxes and operational costs during a time when no money was coming in. However, after a period of dormancy, you may decide to close the business down for good so you will need to have the company removed from the register. This is where making an active proposal comes in because once again all creditors/debts need to be settled first before striking off takes place. It’s worth noting that if there are any assets left over after debts have been paid, these must go towards settling fees before the company is wound up or else Companies House will come calling for repayment.

Is a limited company owner personally responsible for business debts?

Limited company owners are not personally responsible for business debts so even if a limited company is struck off, the owner’s personal assets will be unaffected. However, this does mean that they need to ensure all outstanding contributions have been paid by shareholders and any other necessary steps have been taken before striking off takes place otherwise creditors may seize their personal assets once it has gone through.

Can you delay the strike off after applying for it?

While you can’t change the date after applying to be struck off, there are three circumstances in which a company may delay the removal of their name from the register: The first is if creditors have not been notified of your intentions because they need to be informed before anything else happens. In such cases, your company will have 28 days from when you give notice of your intention to strike off until it takes effect. The second circumstance is where all outstanding debts/creditors have not yet been repaid. In this case, your limited company will have another six months before its status changes to that of “deregistered“. This will also give you time to submit form DS01 along with any required documentation regarding debt repayment. The third circumstance is where your company has been struck off as part of a voluntary strike-off. In this case, there is no deadline by which you must be deregistered but it’s still recommended to make sure everything gets settled before doing so.

Which act legislates for striking off companies?

Striking off your company is allowed under section 1003 of the Companies Act 2006. This permits companies to strike off by voluntarily removing their business’s name from the Companies House register.