How the founder of ?Airbnb for musicians? established the UK?s largest live music network

Who are you and what is your business?

How did you come up with the concept?

I was deeply involved in the music scene at my university, and I was amazed at how much hassle was involved in pulling musicians together for concerts and private parties. I kept on thinking: ?This would be so much easier if there was a central directory of musicians.” I didn?t get started on this project until shortly after I graduated. Once I had left Cambridge, it became immediately obvious that this musicians booking platform could make life easier for people all over the world, not just in my tiny Cambridge student bubble.

I was scouted for an accelerator called Entrepreneur First (EF) while I was studying Computer Science (CS) at university, and I honestly don?t think Encore would exist without their backing. For a start, I met my co-founder through EF. We had both been studying CS at Cambridge University, but somehow we hadn?t met. Surprising, considering how sociable computer scientists are? The biggest thing EF did for us was provide a modest stipend to survive in London for six months. If I hadn?t received that sort of financial investment, I would have been forced to get a full-time job and postpone my dreams of building Encore.

What makes the business unique?

We have three key differentiators when compared traditional agencies: Customers pay before the event with a debit/credit card, and we automatically pay the musicians 24 hours after the event. The customers? money is safe, the musicians? earnings are safe, and the musicians don?t need to waste time making invoices or chasing unpaid fees, which is common even with some “respectable” agencies. In fact, we try to get out of the way as much as possible. Passing information between a “middle man” is woefully inefficient, and means transactions can only progress when an agent is in the office. This also means we avoid any miscommunications. Encore is home to everything from string quartets to mariachi bands to Elvis impersonators, and we have numerous musicians from each category in each location. This means our customers always have a wide selection to choose from, and never need to ?settle? for the only act available, which is often a problem with smaller agencies. The size of our network also means that customers usually receive responses to their requests within 30 minutes max, regardless of whether it?s a weekday morning or a weekend evening. In fact, our average response time in London is around ten minutes. __________________________________________________________________________________ 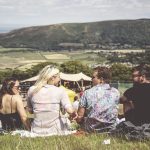 Finding your first customers is always hard, especially when you have a limited marketing budget. As musicians ourselves, we had no trouble signing up the best musicians from around the UK, but as newcomers to the music industry, we weren?t blessed with extensive networks of music bookers. Thankfully, we now work with thousands of customers every month.

What?s your biggest achievement to date?

We?ve achieved a lot of things that many would consider ?successful”, like winning awards at European startup competitions and raising rounds of investment, but personally I?m most proud of how much we?ve paid out to musicians already. Passing the ??1,000,000 Paid out to Musicians? mark was a particular highlight for me, and I can?t wait to hit ?10,000,000.

Describe your marketing technique ? what strategies have you used?

For attracting musicians to the platform, viral and word-of-mouth marketing worked best for us. The musician community is extremely close-knit, so musicians were naturally telling each other about this new platform called Encore. We also made an explainer video to attract musicians beyond our networks. We experienced a period of hypergrowth after we launched this.

In five years? time, I will be?

Launching Encore in new markets outside of Europe and the USA.

Who are your business heroes and why?

I really like the Brewdog founders. They?ve built an enormous business and a community who are dogged in their loyalty, without losing any of the outspoken personality and edge that got people talking about their beers in the first place. They?re also fellow Scots, which helps. I also have a lot of respect for Matt Clifford, the CEO of Entrepreneur First. He?s quickly become one of the best-connected people in the European startup scene, yet somehow always replies promptly and manages to give me plenty of time whenever I ask for help. This was unremarkable when there were only 100 people in the network, but now there are over 1,000. I don?t know how he does it. Oh, and he?s also terrifyingly smart.

What advice would you give to aspiring entrepreneurs?

Surround yourself with ambitious people. Our habits and our outcomes are a product of the people we spend the most time with. Find people better than you who challenge you to improve yourself every day. Also, never to stop learning from the lessons of other entrepreneurs, and don?t just absorb the rose-tinted tech press propaganda?about the startups who are ?killing it?. You?ll learn more from the people who have screwed up and gained painful clarity on their mistakes, rather than the lucky ones who have fallen victim to hindsight bias. Small music venues have called for an emergency business rates review in a bid for survival

The growing business rates burden is threatening the survival of Britain?s small music venues, according to findings from the country?s first live music census. more»

The LDN_LAB incubator sees the social media giant draw on its own startup roots to offer mentoring and training to young business leaders across Britain. more»

Do you need to pay business rates if working from home?

Is a sole trader a small business?