Liability & indemnity
Alternative dispute resolution: Using a mediator to settle out of court

Launching a new Business Advice series, Grid Law founder David Walker provides readers with an overview of alternative dispute resolution and explains how mediation can help reach a settlement out of court. Whether it?s an unpaid invoice, someone using your trade mark without permission or a supplier failing to deliver on time, disputes are an inevitable part of business. Even when you know you have a strong case, disputes are still a huge distraction. They can divert valuable resources away from your business so it?s always in your best interests to try to resolve them as quickly as possible. This is what the courts and our legal system are for. There?s a clear process to follow and if you can?t reach a settlement, a judge will decide the outcome for you. As much as I believe in our legal system to deliver a fair verdict, the outcome is never guaranteed. So, if you can reach a settlement that you?re happy with (or at least are willing to accept) this is always for the best. To assist with this, alternative dispute resolution (ADR) is being encouraged more and more as a way of reaching a settlement.

What is alternative dispute resolution?

As the name suggests it?s an alternative to going to court. There are many different types of ADR, but mediation is the most common form for trying to settle commercial disputes. Arbitration is another form of ADR and clients often use the name interchangeably with mediation, but the processes are very different. Mediation is a process where an independent third party (a mediator) helps the parties to look at the strengths and weaknesses of their case. The mediator will then help them find a solution that they?re both happy with. However, the mediator can?t force a settlement. A mediator is not like a judge so if the parties can?t reach a settlement, the mediator won?t decide the outcome for them. With arbitration, an independent third party (the arbitrator) will act like a judge and decide the outcome of the case. This is the main difference between mediation and arbitration. Mediation is a process for settling legal disputes that are proceeding towards trial. Arbitration is a process that decides the outcome of a dispute as an alternative to going through the court process. Alternative dispute resolution is often promoted as being a more flexible, cheaper and quicker alternative than the courts. But is it? This really depends on how it?s used. Let?s take a closer look at mediation and see how it can be used as a form of alternative dispute resolution. 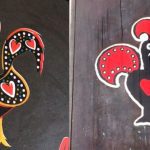 Mediation is often promoted as being cheaper than court proceedings, and if you look at the two processes individually, it often is (although hiring a mediator can be expensive). Costs can be saved by not having lawyers present, but in practice this rarely happens. Most clients want their lawyer present to help with negotiations. During the mediation, you can also learn a great deal about the strengths and weaknesses of each other?s case. This can be valuable if a settlement isn?t reached and is one of the main reasons why lawyers like to be present. What I usually find is that by using mediation as part of the legal proceedings, a settlement can often be achieved earlier. This can then save significant costs overall.

Theoretically, with mediation you can reach a quick settlement. For small claims, you could reach a settlement in an hour. For larger, more complicated claims you could reach a settlement within a day. However, it often takes weeks or even months to get to position where you?re ready to mediate. This is still quicker than going to trial which can easily take a year or more. If the mediation doesn?t lead to a settlement, time can be wasted if you haven?t already started the court procedure. This is the main reason why I prefer mediation to be used as part of the court procedure. Ultimately, whether or not a settlement is achieved depends very much on the willingness of the parties to discuss their issues openly and to compromise. If they both go into the mediation with a desire to resolve their differences, the process can work well. In next week?s article I?m going to take a closer look at what actually happens during a mediation. In the meantime, if you have any questions about mediation or resolving business disputes in general, please feel free to email me at editors@businessadvice.co.uk.

David Walker is the founder of Grid Law, a firm which first targeted the motorsport industry ? advising on sponsorship deals, new contracts and building of personal brands. He has now expanded his remit to include entrepreneurs, aiding with contract law, dispute resolution and protecting and defending intellectual property rights.